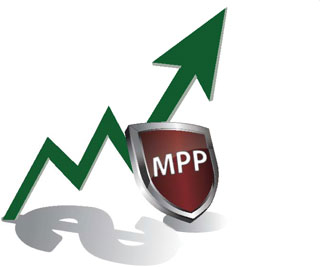 The Margin Protection Program allows you to choose coverage

The clock is ticking. Dairy farmers have until Nov. 28 to sign up for the new Margin Protection Program (MPP) created by the 2014 farm bill for coverage for the balance of 2014 and all of 2015.

Whether dairy farmers view that risk as real is another question. Snarky comments from social media chat rooms suggest some won’t. But Jim Mulhern, CEO and president of the National Milk Producers Federation (NMPF), hopes dairy farmers take a serious look at the program.

“The new MPP is more flexible, comprehensive and equitable than any safety net program dairy farmers have had in the past,” he says. “It is risk management for the 21st century, and we strongly encourage farmers to invest in using it going forward.”

To calculate margins, USDA will use the national all-milk price and feed prices. Feed prices will include alfalfa, corn and soybean meal. The ration is on a total herd basis, including dry cows and replacements.

USDA will only use “final price estimates,” so margins for the September to October period will not be available until the end of November. If payments are due, checks will be issued in December, Novakovic says.

Margins will be calculated for six, two-month periods each year. They are January to February, March to April, and so on. The margins must be below the benefit threshold for both months of the paired months to trigger a payment. If they are below the threshold for just one month, no payments will be made.

If benefits are triggered, payments will be made for one-sixth of the operation’s insured production history.

If payments are triggered before the farmer has paid all of his premiums, the premium amount still due will be subtracted from the benefit payment amount.

Dairy farms currently participating in the Livestock Gross Margin (LGM)-Dairy insurance program can complete their pre-existing contracts. If they also sign-up for MPP, they will not receive any MPP payments until their LGM-Dairy contracts are completed, Novakovic says. “MPP premiums will also be pro-rated according to the two-month periods that occur after the LGM-Dairy contract expires,” he says.

“In future years, farmers cannot be simultaneously enrolled in MPP-Dairy and LGM-Dairy,” he says.

Dairy herds with more than 4 million pounds of annual production history will have to go through a two-step process to calculate their dairy Margin Protection Program premiums.

Economists with the National Milk Producers Federation have worked through the process, using the example of a farm with a production history of 10 million pounds, a coverage of 75% and a margin coverage threshold of $6.50/cwt.

The second premium calculation is made by multiplying the remaining 3.5 million pounds of production times the 29¢ premium, which equals $10,150. So the total premium owed is $12,870.

Basis Critical To Getting the MPP Right

One of the most crucial of all details with the dairy Margin Protection Program (MPP) is how the margin is calculated, says Mary Ledman, dairy economist with the Daily Dairy Report and president of Keough Ledman Associates Inc., in Libertyville, Ill.

National average prices can differ greatly from what producers actually receive for their milk production and pay in feed costs. For example, the U.S. all-milk price for July of $23.30 at 3.61% butterfat compares to California’s all-milk price of $21.70 at 3.58% butterfat, which was $1.60 less than the national price.

“Every penny change in the milk price changes the margin by an equal amount,” Ledman says.

“Every $10 change in the alfalfa price changes the margin by nearly 14¢,” she says. “Therefore, in July, California producers had a negative 82¢ basis due solely to California’s higher alfalfa costs.”

Add that to the $1.60 difference between milk prices, and California’s margin was $2.42 less than the national average in July.

As a result, a $6.50 national average margin was more like an actual $4/cwt. margin for a California dairy, Ledman says. —Fran Howard

For additional coverage, including resources to help you understand the new Dairy Margin Protection Program and a link to the AgWeb Discussion Boards, visit http://www.DairyToday.com/mpp