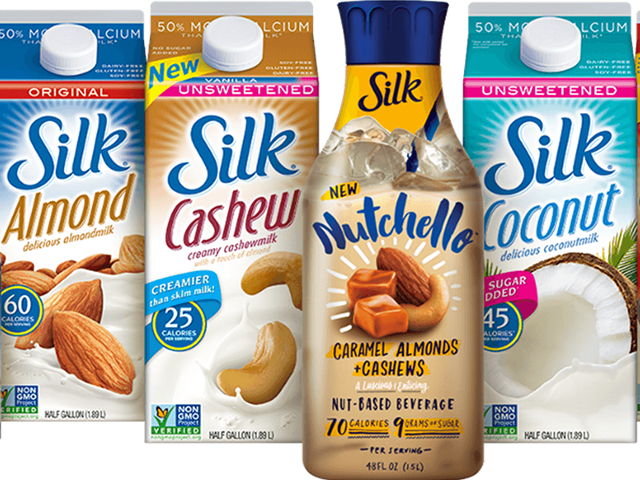 Dannon, the yogurt maker owned by French food giant Danone SA, plans to use its parent company’s $10 billion acquisition of WhiteWave Foods Co. to speed up a push to rid GMOs from its products.

On Thursday, Dannon unveiled its first yogurts without genetically modified organisms and pledged to put labels on products that do have GMOs by next year. The WhiteWave purchase, announced last week, should help the company move faster to scrub its supply chain and adopt more natural ingredients, said Dannon Chief Executive Officer Mariano Lozano. WhiteWave’s Silk brand is the best-selling soy milk, and it offers a range of dairy and organic foods such as Horizon milk, Wallaby yogurt and Earthbound Farm salads.

“It will only help us accelerate this journey,” Lozano said in an interview.

In taking a stronger stance against GMOs, Dannon is tackling a contentious issue. Much of the food industry has contended that GMOs are safe and that labeling them will only drive up costs for consumers, but consensus has grown in recent months that a national policy is needed. Congress just passed legislation that would let companies choose among three options for labeling GMOs in products -- text, a symbol or an electronic link -- and sent the bill to the president.

In April, Dannon said it would start adding labels to its packaging to show consumers if the products contained GMOs. But the idea is to go further and remove as many GMOs from the process as possible, Lozano said.

The company is examining its supply chain to make sure each step contains non-GMO ingredients, from the planting of seeds to the consumer picking up the packaged yogurt at the grocery store. Soon Dannon products will contain more “ingredients we can actually pronounce,” Lozano said.

Dannon has vowed to label GMOs on all its products by 2017. The second step is to make sure that all the milk used for its flagship brands will come from non-GMO-fed cows.

Lozano said 80,000 acres of farmland will be devoted to the effort, as well as 45,000 cows. Currently, only 1 percent of U.S. cropland is dedicated to organic farming, according to Dannon.

This pledge will mean higher prices for customers at the grocery store, Lozano said. But it’s working to offset the new costs, he said.

“This does not come for free,” Lozano said. “But what is more important for us is to reach a critical mass after this learning curve.”

The investment will help the company target millennials, an increasingly key consumer group that pays close attention to ingredients.

“When they see value, they’re open to pay more for that,” Lozano said.