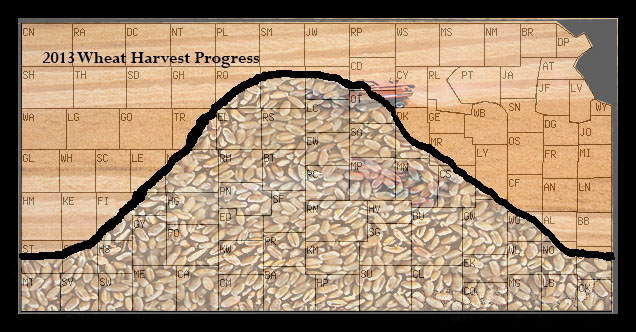 The 2013 Harvest Report is brought to you by the Kansas Wheat Commission, Kansas Association of Wheat Growers and sponsors Kansas City Board of Trade, a part of the CME Group and the Kansas Grain & Feed Association.