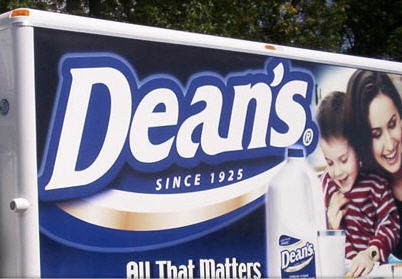 The nation’s largest retail milk processor said it has been coping with its most difficult operating environment ever, due in large part to challenging dairy commodity prices.

The company said that it has been coping with its most difficult operating environment ever, due in large part to challenging dairy commodity prices. But Dean Foods said that it believes it is on the path to rebuild its profitability in 2015.

The Dallas-based company is the nation's largest processor of milk for retailers, it also makes and distributes ice cream, cultured products, juices, teas, and bottled water.

It reported revenue of $2.37 billion for the period, also topping Street forecasts. Analysts expected $2.36 billion, according to Zacks.

The company warned that it expects raw milk costs will remain high in the fourth quarter, despite waning demand. And it does not anticipate any pricing relief until next year.

Dean Foods shares soared 13.3 percent to $16.33 in afternoon trading on Monday. Its share price has fallen 16 percent since the beginning of the year.