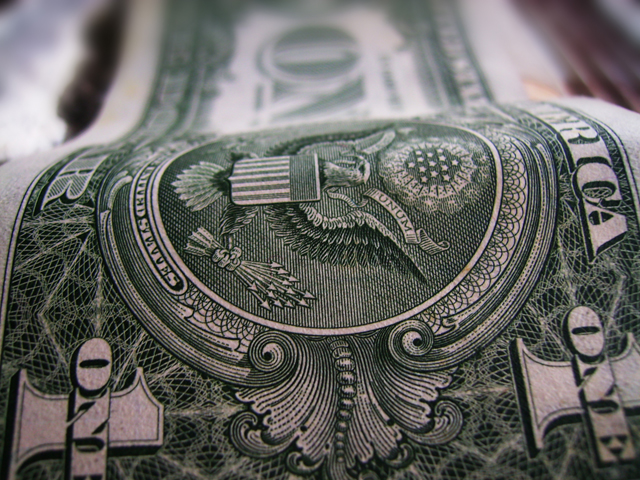 The dollar hasn’t had this good a year since the Berlin Wall fell, Taylor Swift was born and the World Wide Web was conceived.

The greenback is set to gain against all of its 31 major counterparts in 2014 for the first time in data going back to 1989, buoyed by an improving economy and the Federal Reserve’s plan to raise interest rates next year. The yen and euro tumbled as Japanese and European central banks embraced monetary stimulus to ward off deflation. The ruble plunged the most among the major currencies amid turmoil in eastern Europe and plunging oil prices.

“Not one of them is up against the dollar,” Robert Sinche, a strategist at Amherst Pierpont Securities LLC in Stamford, Connecticut, said yesterday by phone. “We got a big shift in U.S. interest-rate expectations.”

The Bloomberg Dollar Spot Index, which tracks the currency against 10 major peers, has risen 11 percent this year in New York to 1,130.61, set for the biggest annual gain in data starting in 2004.

The ruble plunged 39 percent versus the dollar this year, followed by drops of 24 percent by the Argentine peso and 19 percent by the Norwegian krone. All other currencies lost at least 1.9 percent except the Hong Kong dollar, which is pegged to the greenback and declined 0.08 percent.

The ruble’s depreciation puts it on course for the worst year since 1998, when Russia defaulted on local debt.

Highlighting the risks facing Russia as it contends with sanctions over the conflict in Ukraine and slumping oil, Standard & Poor’s said Dec. 23 there’s at least a 50 percent chance it will cut the sovereign’s credit rating to below investment grade within 90 days. The economy of the world’s largest energy exporter is set to shrink 1.4 percent next year, the average of 46 analyst estimates compiled by Bloomberg shows.

“As long as oil remains at these levels, the devaluation risk will persist,” Vadim Bit-Avragim, a money manager at Kapital Asset Management LLC in Moscow, said yesterday by e- mail.

The yen has depreciated more than 30 percent since Shinzo Abe was elected prime minister in December 2012 on a promise of providing unlimited stimulus to drag the nation out of two decades of stagnation. He was re-elected by landslide on Dec. 14 in a mandate to continue those policies.

In contrast, the Fed ended its bond-buying under the quantitative-easing strategy in October and Chair Janet Yellen indicated after a policy meeting on Dec. 17 that the U.S. central bank was moving toward raising interest rates next year. The main rate has been held at zero to 0.25 percent since 2008.

Yellen, who said after the meeting that Russia’s currency crisis has had limited effect on the world’s biggest economy, said “the committee considers it unlikely to begin the normalization process for at least the next couple of meetings.”

The Federal Open Market Committee’s next scheduled decisions are Jan. 28, March 18 and April 29.

“Things change quickly, and if they see a rapid rebound in the credit market and an acceleration on the payroll side, they want to have the option to raise rates significantly by mid- year,” Robert Tipp, chief investment strategist in Newark, New Jersey for Prudential Financial Inc.’s fixed-income division, said on Dec. 20. “It’s been a tremendous backdrop for the dollar.”

The greenback will extend gains against most major currencies in 2015, according to a Bloomberg survey of strategists. Argentina’s peso is forecast to lead declines, tumbling 29 percent, followed by almost 6 percent drops by the New Zealand dollar and Denmark’s krone. The yen and euro are predicted to weaken at least 3 percent.

Yellen is “really trying to say there’s a lot of volatility out there, but it’s not having a dramatic impact on the outlook of U.S.,” Kevin Hebner, a foreign-exchange strategist at JPMorgan Chase & Co., said by phone on Dec. 19. The process of the market adjusting to the Fed’s rate-rise projections “is going to get the dollar appreciating, especially against the euro and yen.”