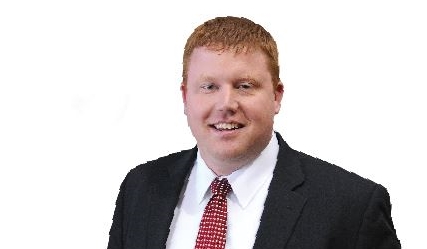 In lean times, farmers are more likely to use USDA safety nets to stay in the black. As with most government programs, strings are attached. One of the most important "strings" to be aware of is USDA's wetland conservation provision, commonly referred to as "swampbuster." Running against swampbuster provisions could result in the loss of crop payments, crop insurance subsidies, and conservation payments. USDA could also require farmers to pay back Farm Service Agency (FSA) and National Resources Conservation Service (NRCS) benefits received in prior years.

Initially passed in the 1985 farm bill, swampbuster is a conservation compliance provision that ties USDA program benefits to wetland conservation. In general, swampbuster prevents farmers from receiving FSA or NRCS payments if they violate one of the two prohibitions.

First, producers are ineligible for USDA program benefits if they plant a program crop on a wetland converted to cropland after Dec. 23, 1985. Second, producers can lose their program eligibility if they convert wetlands to make agricultural production possible. Under this prohibition, crop production does not actually have to occur on a converted wetland- it only needs to be a possibility.

USDA has a number of options when it comes to enforcing swampbuster violators. In addition to declaring the producer ineligible for program benefits and loans, USDA can seek repayment of program payments or loans dating back to when the violating wetland was converted. In general, a producer who violates swampbuster remains ineligible for USDA benefits until the impacts to converted wetlands have been mitigated.

In some instances, there are exemptions allowing producers who are in violation to remain eligible for program benefits. The most common exemption is for “good faith” violations, when a producer violates swampbuster, but without the intent to commit a violation. In such a case, that farmer will not lose eligibility so long as the impacts to converted wetlands are mitigated. Whether a swampbuster violation is committed in good faith depends on a number of factors that boil down to whether the farmer should have been aware a wetland existed prior to conversion.

NRCS staff bears the responsibility of determining the existence of wetlands. If farmers are preparing to make field improvements and think there might be wetlands on the property, they should have NRCS visit the property and conduct a wetland delineation. Under swampbuster, actions taken based on an NRCS delineation cannot result in a loss of USDA program eligibility. NRCS delineations do not have any effect under the Clean Water Act (CWA); only the U.S. Army Corps of Engineers can approve delineations for the CWA.

NRCS takes an aggressive stance regarding “improvements” made to previously converted wetlands. Relying on Clark v. USDA, a federal appellate case, USDA asserts improvements to priorly converted wetlands can be in violation of swampbuster if the improvements are intended to make the land more “farmable.” Examples include installing or replacing tile drains and leveling fields. However, courts are not unanimous on this matter. Litigation over whether “improvements” violate swampbuster will continue until there is a definitive decision from the U.S. Supreme Court or Congress acts on this issue.

This column is not a substitute for legal advice.