Don’t Crush Your Soil During Harvest 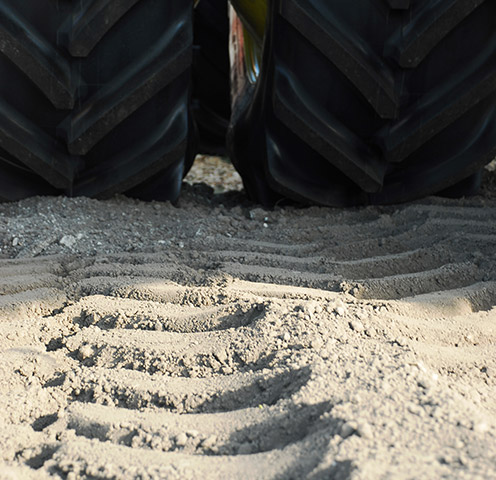 There’s no getting around it – heavy farm equipment causes some soil compaction. Add in heavy rainfall in many parts of the Midwest in September and early October, and the threat to do damage is compounded.

Paul Jasa, Extension engineer with the University of Nebraska-Lincoln (UNL), says the No. 1 thing farmers should be concerned about is if they are creating ruts in the field during harvest.

“If the combines and grain carts aren’t leaving a rut, don’t worry about compaction from the heavy equipment,” he says. “Compaction is the loss of pore space between soil particles and occurs when that space is squeezed out of the soil and reappears somewhere else, such as in the form of a rut. If a rut wasn’t formed, there was enough soil structure present to support the weight without causing additional compaction.”

If you do end up cutting ruts at harvest, Jasa recommends waiting until the soil is dry to smooth them out to avoid causing more compaction. Smooth using a light tillage operation next spring prior to planting, he suggests.

“Deeper tillage in the spring will usually cause more compaction, as the soil is wet, and the tillage will break up soil structure,” he says.

Sjoerd Duiker, associate professor of soil management at Penn State University, draws a distinction between surface and subsurface compaction. Surface compaction occurs in the first 12” of the soil by high-contact pressures. In no-till, yield losses from surface compaction are dramatic but tend to bounce back quickly.

Compaction caused 12” or deeper depends on axle load, Duiker says. Axle loads of 10 tons or higher driving over wet soils can cause subsoil compaction below 20”. And that causes more permanent troubles, he says.

“Research has shown that subsoil compaction is there to stay,” he says. “Freeze-thaw and wetting-drying cycles will not remove this compaction, nor will biological forces such as earthworms, roots or microbial activity.”

Poorly inflated tires can also add to compaction problems. A study from Ohio State University tested a 1,200-bu. grain cart against a John Deere 9600 combine with different tire and track arrangements. Properly inflated tires performed the best. Here are the results of that study: 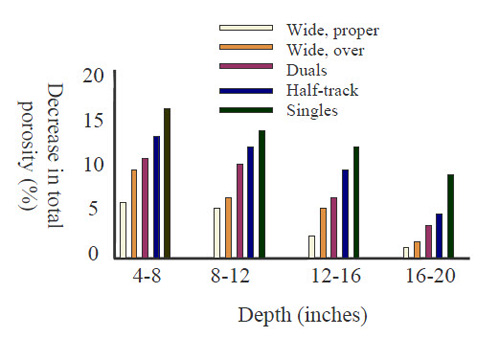 UNL recently offered up the following 10 tips for avoiding compaction on wet soils at harvest time:

Click here to see the AgWeb interactive corn and soybean harvest maps. And for farmer observations, insights and advice about this year’s harvest, visit the “Harvest 2014” thread on the AgWeb discussion forums.