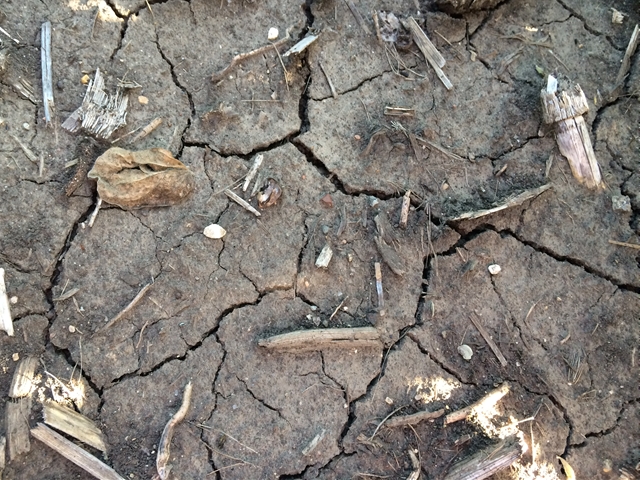 Droughts come, and droughts go. The past two months have provided a very clear object lesson in this, as the western drought continues to be slowly erased, while key grain production areas in the Plains and Midwest see drought conditions emerge and expand.

According to the latest U.S. Drought Monitor, released March 23, about 36% of the contiguous U.S. is experiencing conditions ranging from D0 (abnormally dry) to D3 (extreme drought).

Higher-than-normal temperatures in the Central and Southern Plains has depleted soil moisture, and precipitation is needed soon in much of the area, according to Eric Luebehusen, USDA agricultural meteorologist who prepared the report.

“Rain will be need soon everywhere east of the Rockies to prevent a rapid intensification of drought as winter wheat continues to break dormancy and soil moisture requirements increase,” he writes.

Likewise, the drought footprint is largely unchanged in the Midwest from last week’s report but will need rain in coming weeks to prevent “a rapid increase in drought coverage and intensity,” Luebehusen notes.

The Delta and Southeast regions are also feeling the effects of moderate to severe drought in those regions. During the past 60 days, most of Louisiana, southwestern Arkansas and southern Mississippi saw just 30% to 50% normal rainfall.