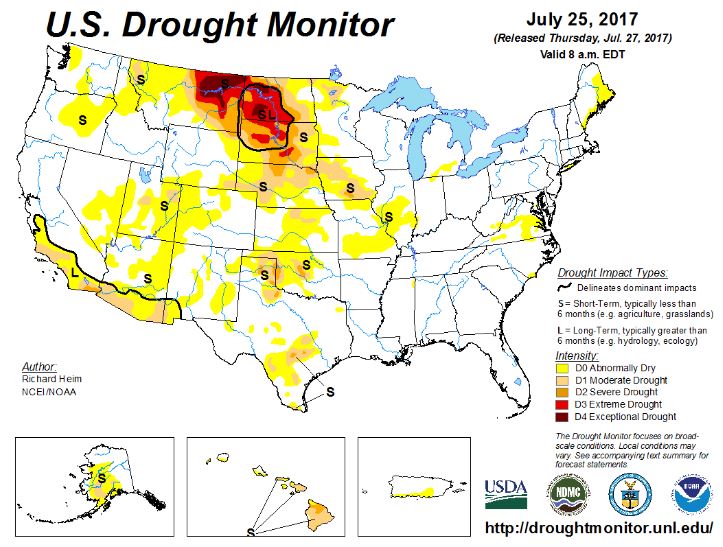 The latest Drought Monitor shows soils continue to dry out and crops are suffering as drought and abnormal dryness continue to expand or intensity across the Plains, Midwest, northern Rockies and Virginia.

In the Corn Belt, severe drought conditions have now appeared in south central Iowa but it’s limited to 1.66%. Iowa’s moderate drought grew 12 points to 34%. All states east of the Mississippi River remain drought free but there are patches of abnormal dryness. This could change as early as next week.

Nationally, drought coverage is at its, rising to 10.98% with overall colored areas on the map increasing to 32.69%, both increases are the highest since March 28.

Visit www.agweb.com/weather for continued weather news, forecasts and growing conditions throughout the season.