Drought Prompts Disaster Declaration for Most of Nevada 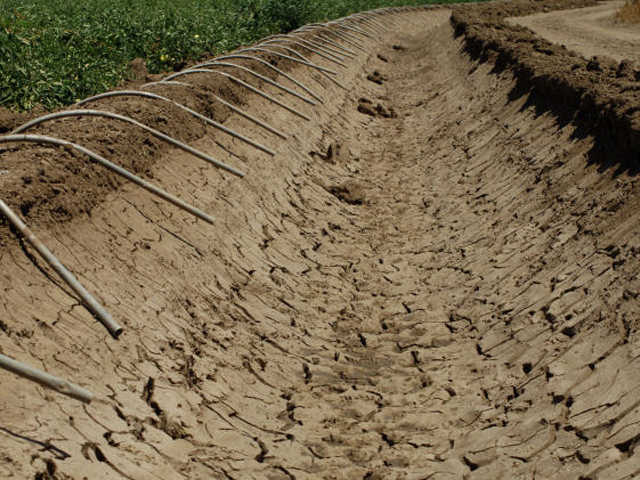 The U.S. Agriculture Department has declared most of Nevada a natural disaster area due to lingering drought, and state water officials say more trouble is brewing for ranchers and farmers in western Nevada where cutbacks have been ordered in irrigation supplies for their crops.

Farmers and ranchers there will be eligible for low-interest emergency loans from the federal government. So will those in the neighboring counties of Elko, Eureka, Lincoln, Storey and White Pine.

"Our hearts go out to those Nevada farmers and ranchers affected by recent natural disasters," U.S. Agriculture Secretary Tom Vilsack said in a statement from Washington.

"President Obama and I are committed to ensuring that agriculture remains a bright spot in our nation's economy," he said. "We're also telling Nevada producers that USDA stands with you and your communities when severe weather and natural disasters threaten to disrupt your livelihood."

Earlier this week the state water engineer ordered a 50 percent reduction in the amount of groundwater that can be pumped for crops in the Smith and Mason valleys north and east of Yerington, home to Nevada's biggest agricultural producers.

Most farmers in that region rely on water from the Walker River, but with little to no snow in the mountains this year, there will likely be no water in the river. Ground water is the backup — but those supplies are hurting, too.

"The water table is dropping like a rock. We're seeing unprecedented pumping and we have to curtail some of that pumping so that the water table will hopefully start to recover," said Jason King, Nevada' s state water engineer.

January was exceedingly dry for the Walker River Basin, with the National Weather Service reporting the basin received only 8 percent of its average moisture. That's half of the 16 percent the Carson River Basin received during the month.

Peri & Sons Farms in Yerington, one of the nation's largest onion growers, is among those who've been hit hardest by the drought now entering its fourth year.

"It's the blood in the farmers' veins; if you do not have water, you cannot grow crops," company president David Peri told KOLO-TV. "It's as serious as serious gets. It is actually scary."

The dry conditions also are taking a toll on small farmers like Darrell Pursel, who grows alfalfa in the irrigated oasis of the high desert about 70 miles southeast of Reno.

"We have had our share of droughts; this is just the worst," said Pursel, who expects he'll get about 20 percent of the yield he gets on a good water year.

"My well is not producing as well as I would like it to, so I will hopefully be able to farm as much as I did last year, which is about 50 acres," he said.

Jo Ann Kittrell, spokeswoman for the Nevada Department of Conservation & Natural Resources, said there are no plans to curtail the use of supplemental rights in Carson Valley due to the drought.