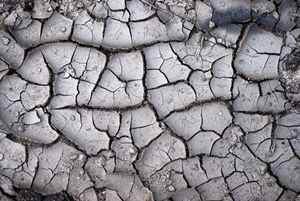 Drought has devastated a big part of the West, and the impact it has had on real people has recently become especially significant to Steffan Tubbs. Tubbs, a radio and television reporter in Colorado, was keynote speaker during the 2014 Cattle Industry Summer Conference in Denver July 31.

"Within the last year, your industry has become more meaningful to me," Tubbs told the more than 600 producers attending the Opening General Session and lunch. "Farmers and ranchers are important to this country."

About a year ago Tubbs recognized the stories reflected in the drought in Southeastern Colorado, and undertook a documentary on the topic called Droughtland. Tubbs interviewed numerous cattlemen and women for the documentary, a portion of which was previewed at the lunch. Droughtland is expected to be released this fall.

Tubbs is a well-known reporter on KOA radio and co-host of a community affairs program on Colorado Public Television. He has nearly 25 years of news experience and has received the prestigious Edward R. Murrow award four times.

Recognizing Southeastern Colorado is not the only part of the country facing a drought, Tubbs noted that about 58 percent of California is experiencing exceptional drought conditions. When he asked how many of his audience had experienced drought at some point in the recent past, many hands in the room went up.

Tubbs also encouraged his audience to share their stories with media. Though he said that not every story could or would be reported, he did say most cattle producers have interesting stories that deserved to be heard.

Tags:
Drought
That fellow is in quite a pickle.
In The Shop: The Final Touch to Welding
Brazil Says It Has U.S. Approval To Resume Beef Imports
San Antonio Barrow Show Winner Captures Hearts and Breaks Records
USDA drops 3 from $10.7 million Adams PACA case