According to the National Drought Monitor, drought covers 56.55% of the contiguous U.S., which compares to 56.25% last week. Drought saw slight increases in the South, Midwest, High Plains and West regions. Additionally, the monitor shows 37.38% of the country in moderate drought or worse, compared to 36.49% last week. 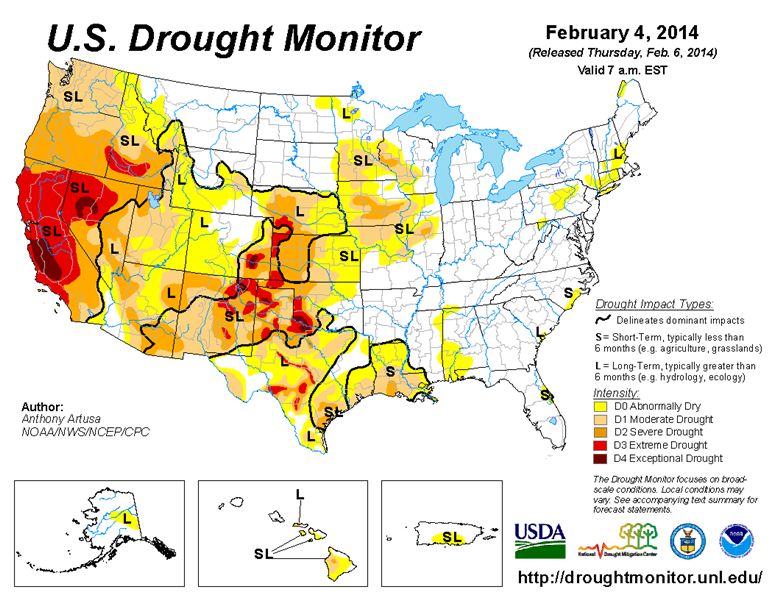 Across the South, the monitor notes 62.74% of the area is now covered by drought, an increase from 59.69% last week. The monitor states, "Though light to moderate precipitation (under 2.0 inches) fell over parts of western, far southern, eastern and northern Texas, many areas received little to no precipitation during the past week (though a few locations in the ArkLaTex region received 2-3 inches of rain). The precipitation that did fall helped to alleviate some of the short-term dryness. However, reservoirs along the Colorado River, as a whole, are at their lowest level (as a percent of normal) for this time of year ever, as is true of total water storage across the state. These factors prompted a number of 1-category improvements and degradations to the Texas drought depiction. In far western Oklahoma, extreme drought (D3) was expanded northward to include Roger Mills County. The latest precipitation event produced only about a tenth of an inch (radar estimated) from Roger Mills County southward across southwestern Oklahoma. There were a high number of days in January with extremely low relative humidity, mean temperatures close to normal, and wind... In Kansas, the state-wide average precipitation (PNP) for January was only 34% of normal. Reassessment of conditions will be needed next week after this current storm system passes through the area. In south-central Nebraska, a small drought-free area was downgraded to abnormal dryness (D0), in response to continuing dryness." 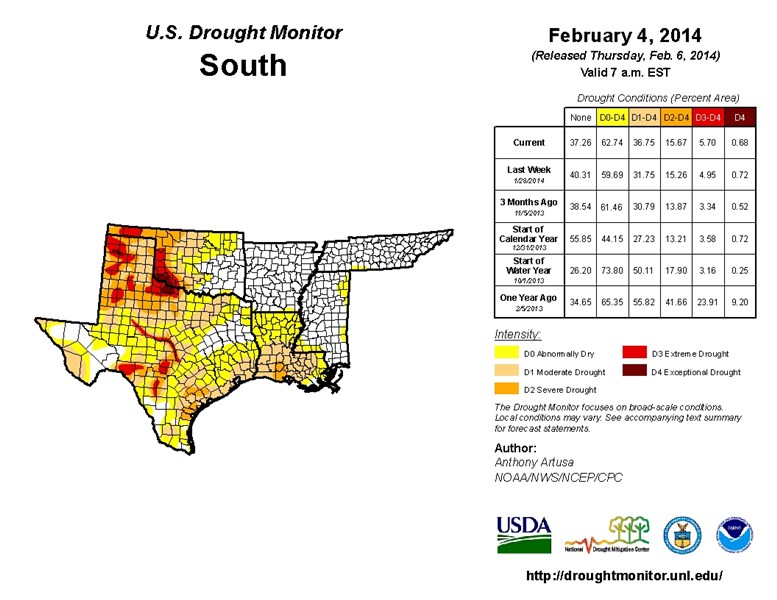 For the Midwest, the monitor notes that 34.96% of the area is now covered by drought, a marginal increase from last week. This comes despite moderate to heavy precipitation (0.5-3.0 inches liquid equivalent, locally heavier) observed across portions of the Midwest and Ohio Valley. 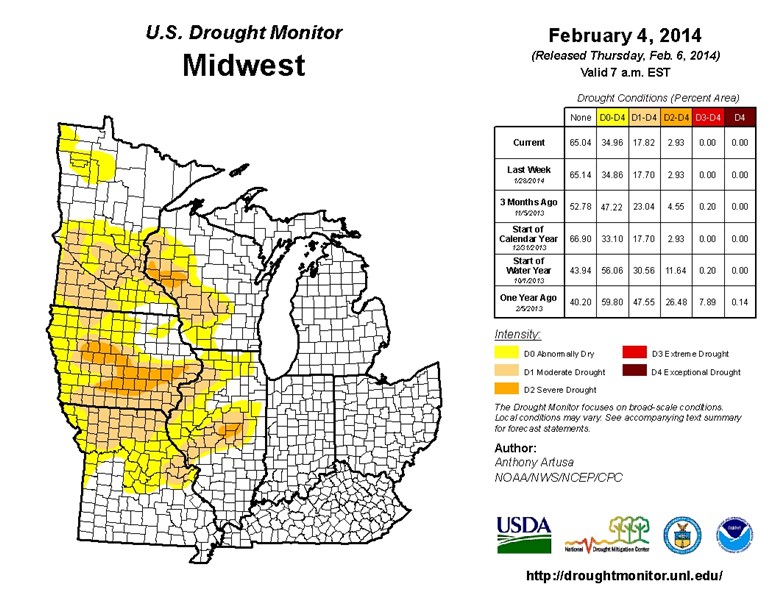 The drought monitor says the High Plains region has 56.85% of the area covered by some form of drought, a marginally increase from last week. 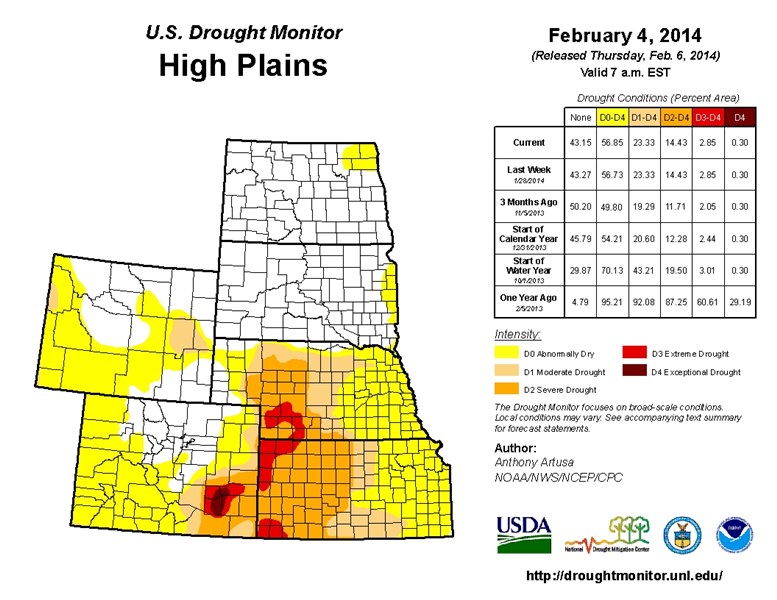 The drought area across the West also increased from last week, with 83% now covered by some of drought, which compares to 82.62% last week. The monitor notes, "Though several inches of precipitation (liquid equivalent) fell over the northern one-half to two-thirds of California this week (locally 3-4 inches in the central Sierras), significantly more precipitation will be needed to justify improvement with the depiction."

In its outlook for the next five days, the monitor states very heavy precipitation (as much as 7-9 inches, liquid equivalent) is predicted in northern California, and 3-4 inches in western Oregon. "This will go a long way in helping to mitigate some of the drought conditions in these areas, though reassessment of conditions next week will be needed to determine the extent of any potential improvements in the Drought Monitor depiction. Along the Southeast coast including northern Florida, 1.0-1.5 inches of rain is expected during the period which will be beneficial to the small areas of abnormal dryness (D0) in that region. With the exception of 3-4 inches of precipitation anticipated over the central Rockies and Wasatch Range, most other areas of the CONUS can expect a half-inch or less of precipitation within the next 5 days."