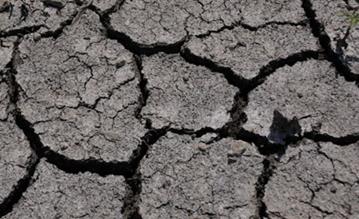 Much of the talk in the eastern U.S. has been about how cool it’s been day after day this summer. It turns out that’s a topic that wouldn’t have come up in many other places in the world.

According to the National Climatic Data Center, the Earth had its warmest June through August on record.

The combined land and ocean temperature for the globe was 1.28 degrees Fahrenheit (0.71 Celsius) above the 20th century average of 61.5 degrees and broke a previous record set in 1998, according to the center in Asheville, North Carolina.

Even parts of the U.S. cooked this summer. While the 48 contiguous states had a near-average summer and the coolest since 2009, California, Oregon and Washington all had seasons that registered in their top five for heat and most of the other states west of the Rocky Mountains turned in warmer summers than average. The mean temperature across the contiguous U.S. was 71.7 degrees, 0.3 degree above the 20th century mean, according to the climatic data center.

Florida and five of the six New England states also had warmer-than-normal summers, though in Boston it was hard to tell. Vermont was near the middle.

The part of the country that really had the year without a blistering summer was the middle. Twenty-two states from Wyoming to Pennsylvania posted below-average temperatures. Everyone else, including Texas and New York, came in near par.

The U.S. climate information dates back to 1895 and comes from weather stations around the country. More than 130 countries and territories on every continent contribute information to the global record, said Jessica Blunden of the climate center.

Ocean data comes from a battery of buoys around the world, as well as from ships at sea.

The divergent storyline has been consistent all the way back to the start of the year.

From January through August, the combined land and ocean temperature around the world was 1.22 degrees above the 20th century average of 57.3 degrees, the third highest on record. In the contiguous U.S., it was 53.9 degrees, about average, and the coolest start of any year going back to 1997.

In the context of the world, the results in the U.S. were an aberration.

"The Eastern U.S. was the only land area in the globe that had a cooler than average January to August," said Jake Crouch, a climatologist at the climatic data center.

The current 90-day forecast for the contiguous U.S. calls for a higher chance of warmer-than-normal conditions across most of the country, according to the Climate Prediction Center in College Park, Maryland.

The area from Utah to Missouri have what forecasters call equal chances, which means anything could happen from cold to warm to normal. Only parts of Arizona, New Mexico and western Texas have an elevated probability to be cooler.

On the global level, the world may be on its way to its warmest year ever, Crouch said yesterday on a conference call with reporters.

If the last four months of the year rank within their top five warmest, 2014 will replace 2010 as the globe’s hottest year in records going back to 1880, Crouch said.