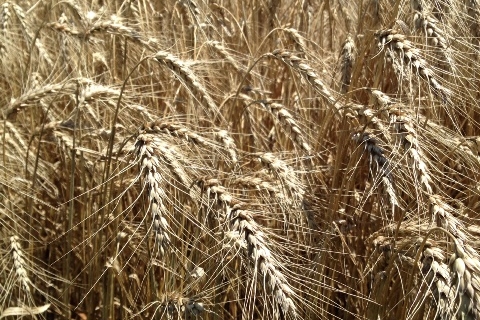 The head of the quarantine office at Egypt’s agriculture ministry was removed in a "restructuring" of several departments, as the world’s largest wheat importer faced anger from traders confused about the amount of a toxic fungus the government allows in imports of the grain.

Saad Mousa was replaced by Ibrahim Ahmed Imbabi, ministry spokesman Eid Hawash said by phone on Sunday. The quarantine authority has recently rejected a series of wheat shipments for having traces of a common grain fungus, ergot. The decision raised concerns over the country’s tough new quality rules and caused suppliers to avoid the international purchase tenders by the state grain buyer.

Mousa’s replacement is unrelated to the recent dispute that’s led to some shipments being rejected, the Agriculture ministry said in a statement on its website Monday. It reaffirmed the government’s policy that the tolerance level for ergot in imported wheat is 0.05 percent.

The ministry says its agreed with the United Nations Food and Agriculture Organization (FAO) that it would “urgently” send in an expert to discuss the risks of the ergot fungus with concerned parties. It added that the results will determine the appropriate legislation for the Egyptian agriculture quarantine office regarding ergot.

A trader welcomed the move, saying Mousa imposed the zero-ergot policy. Egypt’s rejection of the shipments caused confusion and traders need time to be reassured that the same policy won’t be applied again, said the Cairo-based trader who asked not to be named because he’s not allowed to speak to media.

Confusion over Egypt’s position on ergot levels has roiled market this year after the Agriculture Ministry rejected cargoes containing the fungus, then gave conflicting statements over how much fungus it allows. Traders became alarmed after a vessel with 63,000 tons of French wheat from U.S. agribusiness Bunge Ltd., purchased by the General Authority for Supply Commodities, was rejected by the quarantine authority in December for having trace levels of ergot.

After weeks of confusion, ministers for Agriculture and Supply tried to reassure the market in a press conference on Feb. 7 that Egypt would accept all shipments with less than 0.05 percent ergot. However, the next day, the quarantine authority rejected a 8,000 ton-shipment of Canadian wheat over traces of the fungus.

The uncertainty led to Egypt canceling tenders for wheat or receiving fewer offers than it usually did when it tendered for the grain. The North African nation spends billions of dollars buying wheat for a subsidized bread program for its 88 million people. The government was among those overthrown in 2011 in the so-called Arab Spring as high food prices fired up unrest.