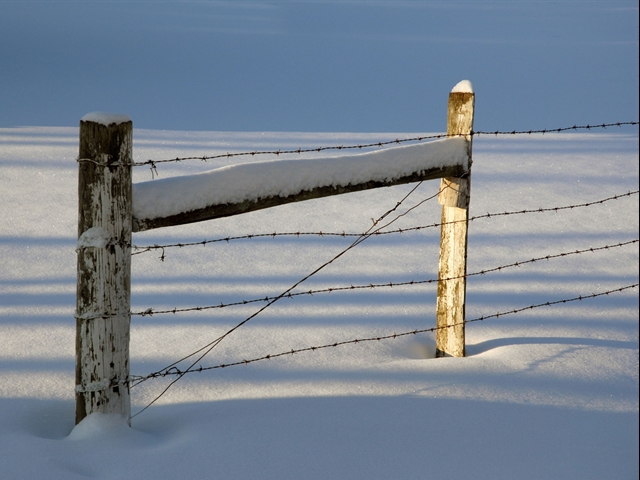 Egged on by El Nino, rain is falling across California. While it’s welcome, wanted and setting records, it still isn’t enough to bust the drought.

That doesn’t mean the mood is dour because after four years of drought, finally seeing rain and snow fall at amounts that surpass recent years and even exceed the record books in some places is heartening.

“So far we aren’t losing any ground and it is close to a normal year that is better news than it has been in the last four,” said Rob Hartman, hydrologist in charge at the California Nevada River Forecast Center in Sacramento.

The entire state is still listed as either abnormally dry or in some form of drought, which is exactly where it was a year ago, according to the U.S. Drought Monitor in Lincoln, Nebraska.

For months, officials have been hopeful that the El Nino in the equatorial Pacific would alter storm tracks to soak California’s valleys and bury its mountain tops in snow. The way California’s climate works, most of its rain falls between November and March. Half of that comes between December and February.

December saw storms rain down on Washington and Oregon, but not a lot for California, which wasn’t out of the ordinary because that’s the way El Ninos unfold. California has to wait until January and February to start reaping its benefits.

“In 1998 there was a similar magnitude El Nino but it did not make its impact until February,” Hartman said. “It has the nickname ‘El No Show.’”

Then came the storms of the past week. As the clouds darkened, the mood lightened because it looked like the predictions were starting to come true.

“The initial one a few days ago was short-lived but it was a doozy for southern California,” said Brian Hurley, a senior branch forecaster at the U.S. Weather Prediction Center in College Park, Maryland.

San Diego, for instance, set a new daily record for rain Tuesday. It got about as much in a day as it typically would for all of January.

“So far we are tracking average to above average in precipitation and snowpack,” said Mike Anderson, California’s state climatologist based in Sacramento. “Reservoir levels are still really low with the rate of increase proceeding slowly.”

While the rains haven’t been a drought buster so far, in just a few days they have been better than 2015. Last January, downtown San Francisco received no rain.

“The current storms have been continuing the pace, keeping January on track for average or better,” Anderson said. “This is significantly better than last year’s bust in January.”

Hurley said the current crop of storms will probably be followed by another next week. It would appear that El Nino is starting to do its work. “In the medium range, there are going to be additional shots, additional chances of rain,” he said.

Each drop of rain that falls and every foot of snow that stacks up in the mountains is a step toward improving conditions even if it doesn’t erase the drought completely.