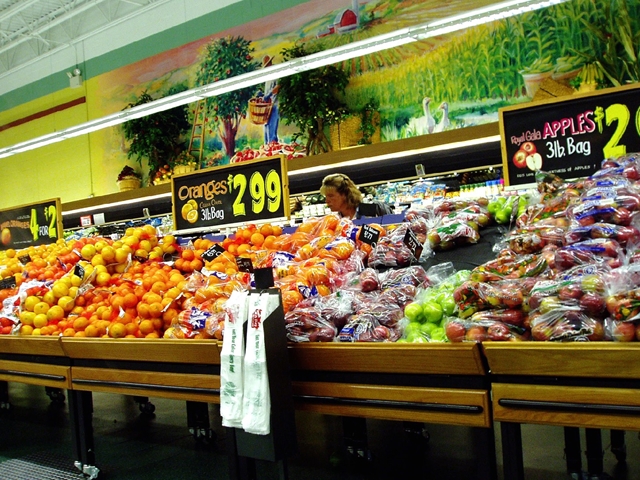 Food waste has become a serious problem in the United States and other countries. Approximately 34 million tons of food waste is deposited in landfills each year in the United States alone (EPA, 2014). The U.S. Environmental Protection Agency has recognized the use of food waste as animal feed as one of the best means to add value to food waste, while reducing landfill costs and greenhouse gas emissions, and at the same time improving food security.

In an article published in the November 2014 issue of the Journal of Animal Science (“Nutritional value of ensiled grocery food waste for cattle”) a team of researchers from the University of Georgia, Athens, sought to better understand the nutritional value and cost-effectiveness of using grocery food waste (vegetables, fruit, and bakery goods) recycled from large retail stores as a feed source for livestock. Grocery food waste represents as much as 10% of food waste, and the authors argued that, “Ruminants are especially advantaged to digest and use food waste of plant origin.”

Initially, the research team analyzed 115 samples of grocery byproduct (GBP) from a food waste recycling company (Viridiun, LLC, Cumming, GA) for variation in nutrients and feed value. The samples of grocery food waste were from the southern United States (Alabama, Florida, Georgia, South Carolina, and Texas) and contained vegetable, fruit, and fresh bakery items. Even though the predicted energy content was relatively high and consistent on a dry-matter basis, the authors concluded, “As a feed, GBP is highly variable in moisture and nutrient content and does not conform well to having set nutritional standards for feeding or determining value,” and therefore, “each load of GBP should be assessed individually to ascertain specifications needed for its proper feeding and valorization.”

Based on this conclusion, the team hypothesized that the product could be partially dried and preserved by ensiling, as with vegetative forages, to cope with its highly variable moisture (approximately 80%) and nutrient contents. After processing GBP into slurry and putting it through various drying treatments, the material was found to effectively ensile without drying, as determined by changes in pH, soluble carbohydrates, and fermentation acids. The authors concluded, “… an appreciable amount of moisture can be removed from processed GBP passively by allowing it to seep [for 24 hours]” and “… GBP treatments that were more dry at ensiling were higher in pH and lower in fermentation acids after ensiling, indicating that drying restricted fermentation.”

Once the nutritive value and stability of GBP was established, the research team conducted a cattle feeding and digestibility study to determine intake, digestibility, and energy content of the GBP. Yearling Holstein steers were fed 4 inclusion levels of ensiled GBP (substituting GBP for the basal ration at 0, 20, 40, and 60% on a DM basis for 90.8% of the total ration DM) in a total mixed ration, and energy content was determined. Results showed that increasing GBP increased dry matter intake and apparent digestibility, and over the entire 8-wk period the steers gained an average of 1.27 kg/d, regardless of dietary treatment. These data confirm the effectiveness of using ensiled GBP as a supplemental energy feed in total mixed rations for cattle.

The researchers also developed a method for pricing GBP that accounts for variation in nutrient content and feed markets. Mark Froetschel, Professor of Animal & Dairy Science at the University of Georgia (retired) and co-author of the study, stated, “… an equation was developed to price grocery byproduct on its moisture, energy, and protein concentrations and current prices of corn and soybean meal.”

Froetschel continued, “This research documents the nutritional value of a cost-effective alternative [feed] for cattle. Evidence collected in commercial practice suggests that this feed is conducive to animal health and performance, product quality, and food safety. Grocery byproduct has extrinsic and intrinsic value for cattle producers and consumers in the more populated regions of the U.S.” Now, the next step will be to confirm these observations in large, controlled feeding experiments with cattle.