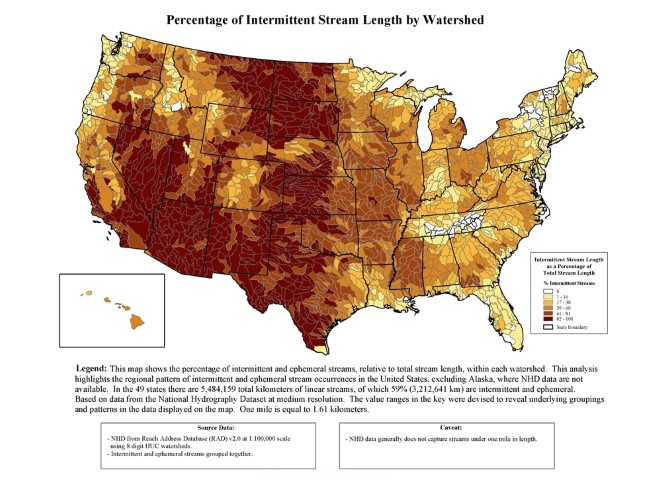 In March, the EPA proposed released proposed rules to amend the Clean Water Act, including a definition on the scope of waters protected under this act. Since that time, the EPA has spent some time defending the proposed rule changes, which haven’t always been received positively from the agriculture industry. For example, some groups claim that states could face upwards of 100,000 added regulated stream miles as a result of the rule.

Tom Reynolds, EPA associate administrator of external affairs, says the latest concer has been over maps that use data developed by the U.S. Geological Survey and the Fish & Wildlife Service and show locations and flow patterns of many of the nation's waterways. In the statement below, Reynolds attempts to put some of those concerns to rest.

"We want people to have the facts about our proposal to protect clean water and the critical nature of streams and wetlands to our health, communities, and economy. We've already worked to ditch many of the myths and misunderstandings in circulation relating to our effort to protect clean water. Now here is the truth about these maps, which you can see for yourself here.

"The maps were originally created in 2005 during the previous administration to understand the potential impact of Supreme Court decisions on the nation's water resources.

"The maps were revised last year with updated data from the U.S. Geological Survey, the scientific agency for cataloguing the nation's natural resources.

"Simply put, these maps do not show the scope of waters historically covered under the Clean Water Act or proposed to be covered under EPA's proposed rule.

"These maps show generally the location of many streams, wetlands, rivers, lakes and other water bodies. They serve as a tool for visualizing how water flows across our nation and in regions of the country.

"EPA has never and is not now relying on maps to determine jurisdiction under the Clean Water Act. The U.S. Army Corps of Engineers determines jurisdiction using detailed site specific information in response to requests. That work can be cumbersome and has resulted in lots of on the ground work, but it does not rely on maps.

"EPA's proposal will not fully eliminate the need for these efforts, but it can reduce leg work, saving time and money by using science - not maps - to more clearly define the waters that are most important to protect.

"While these maps are useful tools for water resource managers, they cannot be used to determine Clean Water Act jurisdiction - now or ever. Their resolution and scale make it seem like water is more prevalent than it really is, giving the false impression that most of the state is water when everyone knows that is clearly not the case.

"EPA's job - our obligation - is to use the best data, technology, science, and yes, maps, to protect the water that is absolutely vital to our daily lives for drinking, recreation, and the economy. Maps such as these are part of that overall effort - to provide clean water to every American."