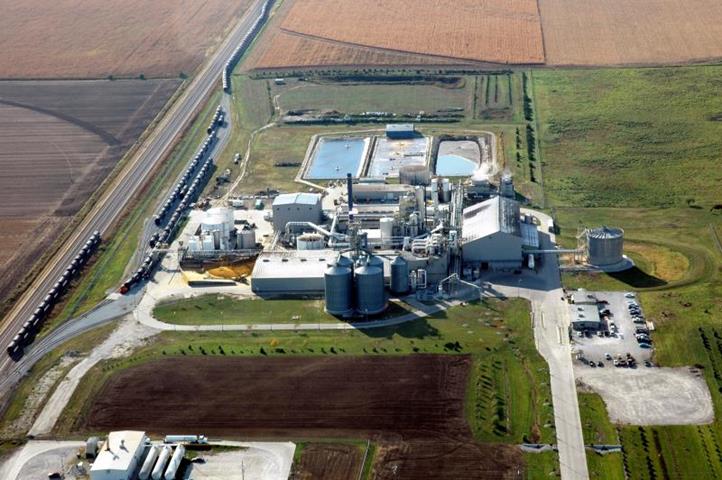 The facility in Hugoton, Kansas, can make as much as 25 million gallons of so-called cellulosic ethanol a year and will reach full production next quarter, the Seville, Spain-based company said today in a statement.

Other biofuel makers have struggled to produce fuels in high volumes and at competitive prices, including Gevo Inc. and Kior Inc. Abengoa is one of the first companies to deliver cellulosic fuel on a commercial scale, a sign that it may become a more important part of the U.S. energy supply.

“Costs are coming down, and the Abengoa plant is one of the ways to help that, through commercialization,” U.S. Energy Secretary Ernest Moniz said in a telephone interview Oct. 15. “We will see the next generation of biofuels -- cellulosic biofuels -- playing a much bigger role.”

The plant cost about $500 million. It was developed over a decade, and was supported by a $97 million grant and a $132 million loan guarantee from the Energy Department. It was completed in August and began initial production at the end of September.

The decision to finance Abengoa’s biofuel effort was comparable to the agency’s early backing for utility-scale solar power, Moniz said.

“We’re trying to support the first movers for getting out there into the market and driving costs down,” he said.

The plant also has a cogeneration system that produces about 22 megawatts of electricity from biomass. It uses about half of that capacity and the balance is made available to the local grid.

Cellulosic fuel also addresses concerns that corn and other food crops should be eaten and not used as energy sources.

“That argument is no longer valid because now you have technology that allows you to produce biofuels from something that was waste,” Ortega said. “That’s huge progress.”

Kior, backed by Vinod Khosla and Bill Gates, halted production at its commercial-scale plant in Mississippi in January. The company said earlier this year it may sell itself. Gevo halted production of isobutanol, another renewable fuel, at its Minnesota plant in 2012 because of contamination issues. That plant may break even this year.