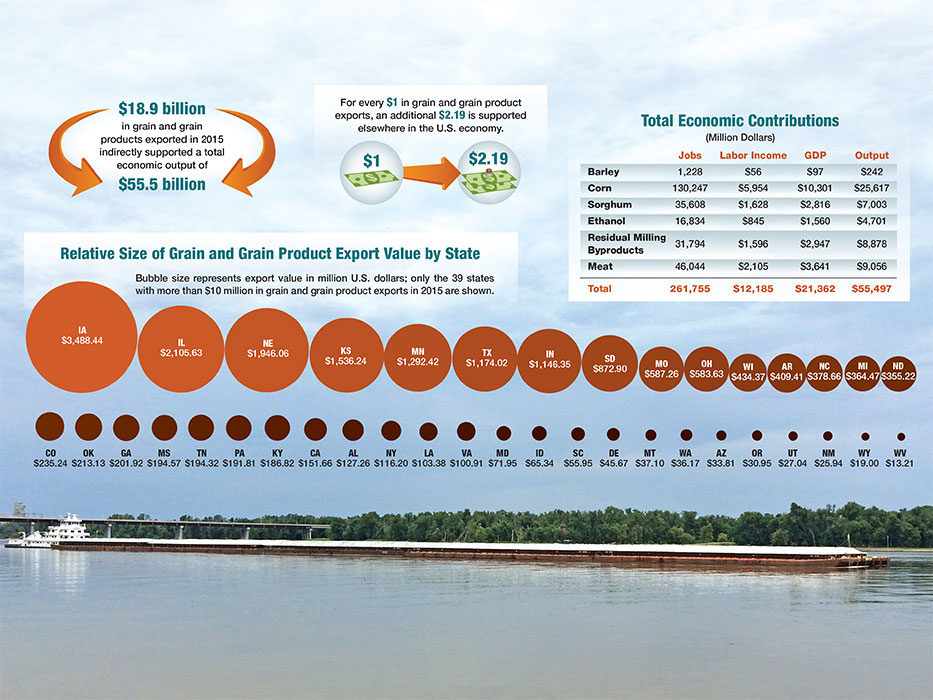 “U.S. ag depends on trade. It is great to see an increase in exports, and we hope to open additional markets to build on this success,” said Secretary of Agriculture Sonny Perdue, in a prepared statement. “I’m a grow-it-and-sell-it kind of guy. If American agricultural producers keep growing it, USDA will keep helping to sell it around the world.”

Livestock exports also grew. Dairy increased by 17% to $5.3 billion, beef by 16% to $7.1 billion and pork by 14% to $6.4 billion. Overall, horticultural product exports increased 3% to nearly $33.9 billion, largely driven by an 8% increase in tree nut exports, which reached $8.1 billion, the second-highest total on record. Processed food and beverage exports rose 2% to $39.2 billion.

Exports represent 20% of U.S. farm income and support more than 1 million jobs on and off the farm.

Despite the recent increase in corn export sales, record production and high ending stocks mean farmers need to be especially strategic when marketing crops for the 2018/19 year. “Overall, it is going to cap our ability to see an exceptional move higher without something changing significantly,” says Angie Setzer, vice president for Citizens LLC.