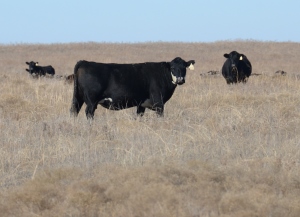 Give your native grasses some rest this fall.
By: Patrick Keyser, University of Tennessee

Like many warm-season perennials, native grasses need rest prior to fall dormancy. This rest period allows the grass to store adequate energy (carbohydrates) in the root systems to overwinter successfully. Although warm-season perennials are dormant over the winter, they are still alive and must metabolize carbohydrates to support respiration and remain healthy during dormancy. Furthermore, root reserves are required to initiate vigorous growth the following spring.

Late-season rest also allows the plant to move nutrients and carbohydrates from above ground structures down into the root system for winter. Considerable amounts of nutrients and energy are present in above ground portions of the plant during late summer. Removing those prior to dormancy deprives the plant of a substantial resources that would otherwise contribute to overwinter reserves.

Aggressive use of native warm-season grasses in late summer can lead to weakened stands and unacceptable levels of weed encroachment. In turn, this will lead to reduced carrying capacity and production – and eventually, even stand loss. There are a few simple steps that will allow you to avoid this problem.

First, do not harvest hay from a native grass stand after about August 15 each year. Growth rates after that date are typically much reduced and therefore, any additional yield that may be realized by waiting until after that date will be minimal. On the other hand, the almost total defoliation of the plant resulting from hay harvest removes a tremendous amount of nutrients and energy. Such late harvests do not leave enough time in the remainder of the growing season for the plant to overcome that removal and still store adequate overwinter energy reserves.

In the case of grazing, enough leaf surface area is retained with proper management that plants are under much less stress than results from a hay harvest. As a result, grazing can continue into early September without negatively impacting overwinter energy storage. If you have grazed continuously throughout the summer, the period of fall rest may need to be somewhat longer, maybe starting as much as six week s before the first killing frost (typically October 15 in much of the Mid-South). On the other hand, where rest has been allowed during the course of the summer as would occur with proper rotational grazing, a stand could be grazed to within about four weeks of a frost, or about September 15. The actual amount of rest a grazed stand requires can be gauged by canopy condition/stand height in late summer. A good rule of thumb would be to have stand heights of 18 inches or more at the first killing frost.

Recognizing the importance of fall rest and managing grazing and hay harvests to ensure that it is provided is important to maintaining healthy, vigorous and productive native grass stands. Indeed, late summer is one of the most critical times of year for native grass management. Proper rest at this time can allow stands to last for 15 years or more.