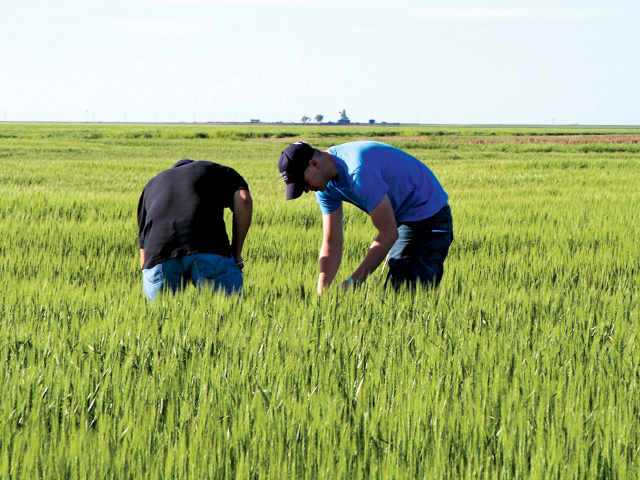 A farmer’s photo and his accompanying statement on Twitter recently summed up the views of many U.S. wheat growers today.

That perspective is understandable. After the USDA released its World Agricultural Supply and Demand Estimates (WASDE) in early November, corn and soybeans took the lead story away from wheat. Ending stocks for wheat for 2017/18 have been lowered 25 million bushels, with the report citing increased exports as the cause.

There are only a couple of scenarios where growing wheat makes sense for farmers, according to Arlan Suderman, chief commodities economist for INTL FCStone.

“We have some parts of the country particularly in the High Plains where they don’t have a lot of alternatives, but we also have areas where they’ve finally received some rain,” he says. “They’re putting wheat in as a cover crop and will graze it off and then decide in the spring whether to add fertilizer and save it for grain.”

Suderman says while there are some farmers who raise wheat as a rotational crop, it “doesn’t pay off economically.”

Wheat acres are at a 100-year low, and he expects the decreasing acres in the U.S. to continue because of the large number of world stocks on hand. He estimates acres will be down another 4% to 6% in 2018.

“Currency exchange rates are encouraging expansion overseas like in the Black Sea area, while we contract acres,” Suderman says. “We need to go for the quality market--farmers here really need to plant for protein wheat and sell it as such.

“We’re going to have to have a major weather problem somewhere in a major wheat-producing part of the world to turn things around for the U.S., and right now there’s none on the horizon.”