Farmers in China Wrestle With Drought 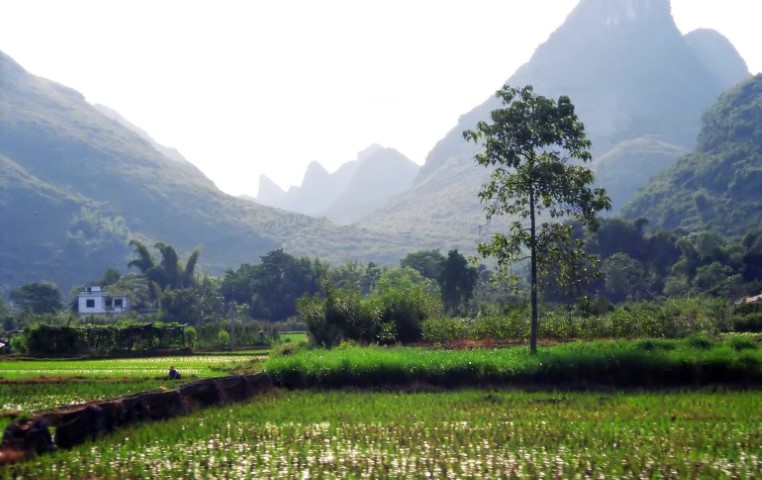 The corn has grown to only half its normal height on Yan Shuqin's ranch in the hills of Inner Mongolia this year, as a swath of northern China suffers its worst drought in 60 years.

The ruddy-faced woman said that even before the rains stopped, the groundwater in her region had been sinking, from 20 meters (about 70 feet) below the surface just a few years ago to as much as 80 meters (260 feet) this past summer. While she can still eat and sell the corn, lettuce and other vegetables on her farm, the yield has shrunk.

"If the grass doesn't grow and the vegetables die off, who's going to be able to live here?" Yan asked outside her family's spotless two-room house. "My mother and her mother lived here. My family has always lived here. What are my children going to do?"

After a season of record-breaking drought across China, groundwater levels have hit historic lows this year in northeast and central parts of China where hundreds of millions of people live. Reservoirs grew so dry in agricultural Henan province that the city of Pingdingshan closed car washes and bathhouses and extracted water from puddles.

But this is no one-time emergency. Farmers like Yan and water-hungry industries have been wrestling with a long-term water crisis that has dried up more than half the country's 50,000 significant rivers and left hundreds of cities facing what the government classifies as a "serious scarcity" of water.

Half a billion Chinese live in a handful of provinces, largely in the northeast, where coal-fired power plants, steel foundries and other water-gulping industries already burden reservoirs and aquifers. Widespread chemical runoff and other pollution have contaminated 60 percent of the country's groundwater.

The country's climate is also warming, particular in its populous northeast where rain levels have fallen, according to a 2011 study by Chinese, French and British researchers. Meanwhile, the country's south has seen its rainfall concentrated in shorter bursts, which has made it harder to predict water supplies.

As a result, per capita water availability in the megacities of Beijing and Shanghai as well as their surrounding provinces equals that of dry Middle Eastern countries such as Israel and Jordan, said Feng Hu, a water analyst with the Hong Kong-based research group China Water Risk. By comparison, the average U.S. household has access to nearly five times more available water than Chinese households do.

"If we continue with our business-as-usual model, the demand will exceed supply by 2030," Feng said in a lecture in Beijing last month. "The water crisis is a real risk."

Already, Chinese farmers have lost an estimated $1.2 billion this year due to drought, while China has slowed plans to tap its vast deposits of shale gas, which sit in areas with the greatest scarcity. The water crisis is also hitting China's main energy source, coal, which requires large amounts of water to extract and convert into power.

Heavy rains over the past week helped lift some of the immediate crisis in central China, flooding cities that just days earlier had been struggling to keep taps flowing. But fields remain bone-dry and parched in Inner Mongolia and other northern regions.

In response to the country's water woes, Chinese authorities have called for solutions that include relying more on imports for foods that require lots of water to produce, such as grains and vegetable oils.

They also are betting on more than 2,400 kilometers (1,500 miles) of canal that when completed will move trillions of gallons of water from the rivers of China's south to its dry north. One branch of the canal leading straight to Beijing is expected to be done this fall.

Many water experts remain skeptical about the project, however, with some warning it could wreak havoc on southern aquifers and watersheds.

But Fuqiang Yang, a senior adviser with the U.S.-based National Resources Defense Council, said the canal could relieve water shortages in some northern cities such as Beijing, if launched with conservation and water reuse measures. Without the canals, metropolitan Beijing only has enough water for 15 million people, not the 20 million who now live there, he said.

"This has always been a regional problem," Yang said. "Groundwater is going down very quickly ... These areas will not be able to solve the problems themselves. So this canal will provide some important help there."

But Feng said Chinese authorities also need to encourage conservation by ending its subsidization of water consumption by all users, from households to farmers to industries. The average price of residential water in Beijing, for example, is a fifth of that in New York. And although China's per capita consumption rate still falls below the global average, it is rising steadily as the country's economy expands.

Industry and agriculture make up 85 percent of China's water consumption.

"For something so scarce, water in China is not priced at the level it should be," Feng said.

The canals still won't help farmers in remote regions such as far western Xinjiang and Inner Mongolia where the drought has hit the hardest. Despite the arid conditions there, China's government actually hopes to stimulate more water-dependent industries such as coal-fired energy production that will compete with farmers for meager resources.

A 40-year-old farmer in Hexingten who would only identify himself by his family name of Bao said everyone there is wondering how long they can survive in these grasslands.

"The environment was good before," Bao said. "The grasses grew so tall. Now, it doesn't even rain anymore."