You can find both good news and bad news in the latest report from the Federal Reserve Bank of Chicago.
( AgWeb )

You can find both good news and bad news in the latest report from the Federal Reserve Bank of Chicago.

The upside for farmers? Farmland values are steady. Agricultural land values for the Seventh Federal Reserve District, which includes the northern two-thirds of Illinois, Indiana, Iowa, the lower peninsula of Michigan and southeastern Wisconsin, are down a mere 1% in the second quarter of 2019 compared to a year ago. 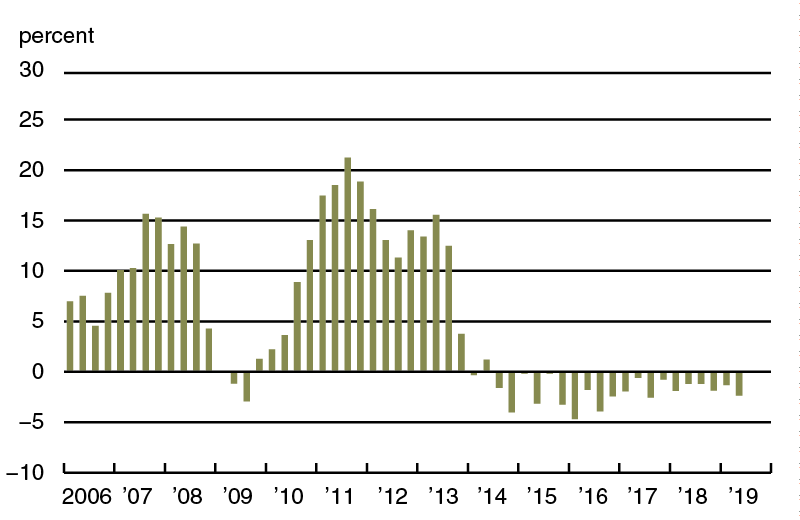 “The Midwest agricultural producers have been struggling with income issues, and that's led to a deterioration of credit conditions,” says David Oppedahl, senior business economist for the region. “As you look at their balance sheets, they are not in as good of position financially, and this is leading to repayment problems.”

For loan repayments, 7% of bankers noted higher rates of repayment issues than a year ago and 33% noted lower rates. At 6.2% of the District loan portfolio, the share of farm loans with “major” or “severe” repayment problems was last higher in 1999 (as measured in the second quarter of every year). Also, renewals and extensions of non-real-estate farm loans during the April through June period of 2019 were higher than during the same period of a year ago.

Here are a few of the clues about the unsteady financial picture for farmers:

An Iowa respondent noted that “farmers are more optimistic with the recent surge in prices and the government payments.” Crop conditions in Iowa were looking much better than those in Illinois, Indiana, and Michigan, which may help explain the positive commentary.

In contrast, an Illinois banker reported that the uncertainty surrounding how much smaller this year’s harvest will be compared with last year’s (along with the associated price responses) “has everybody in wait-and-see mode.”

What's Ahead for Land Values?

Survey respondents projected volumes of non-real-estate farm loans (notably, operating loans and loans guaranteed by the Farm Service Agency of the USDA) to increase in the third quarter of 2019 from year-earlier levels; however, they projected the volume of farm real estate loans to decrease.

“The overwhelming message for farmers is that we're under stress, and it’s helpful the government is providing some extra assistance,” Oppedahl says. “But at the same time, it is a very challenging environment.

Midwest and Mid-South: Farmland Values Up, Farm Income Down