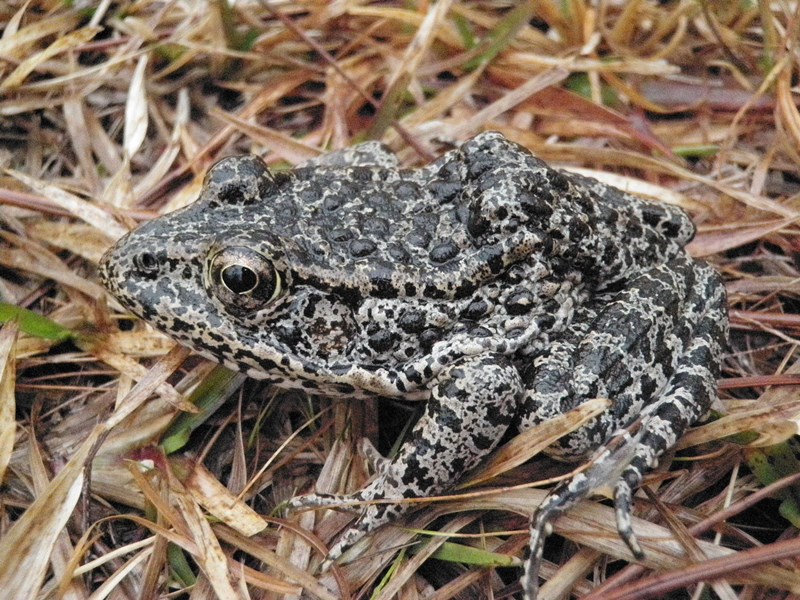 According to court decisions to date, a regionally extinct plant or animal can be the ESA basis for a critical habitat designation, a reality not recognized by most U.S. landowners and farmers.
( U.S. Fish and Wildlife )

When the government declared 1,500 acres of Edward Poitevent’s property as critical habitat for a frog that doesn’t live on his land, can’t survive in the present habitat on his land, and doesn’t exist in his entire state, Poitevent kicked hard against the designation and a potential $34-million loss.

After the U.S. Fish and Wildlife Service published a proposed critical habitat rule (76 Fed. Reg. 59774) for the dusky gopher frog with a bull's-eye on 1,500 tree farm acres belonging to Poitevent, the Louisiana landowner took his fight into the legal system. The case began in 2011, and Poitevent has been unsuccessful thus far in lower courts, but hopes the U.S. Supreme Court will hear his case sometime in the fall of 2017.

Paul R. Baier, Judge Henry A. Politz Professor of Law at Louisiana State University, believes SCOTUS should take a long look at the Poitevent case and cites U.S. Circuit Judge Edith Jones, who in dissent of the Fifth Circuit’s panel decision (favoring the government and denying Poitevent’s arguments), wrote: “The ramifications of this decision for national land use regulation and for judicial review of agency action cannot be underestimated.”

In the following op-ed, Baier lays out his objections to “Casper the Ghost Frog.”

The first thing I do in sizing up a cert. petition pending in the Supreme Court is to read the lower court opinions. I teach the art of teasing the justices into granting review. I am confident the ghost of Antonin Scalia will convince the Court to bring the Dusky Gopher Frog from the Fifth Circuit to the Supreme Court.

The landowner affected calls the frog “Casper.” It plays dead, covers its eyes, peeks at you, and then pretends to be dead again. Says the Fifth Circuit’s Judge Edith Jones: “The panel majority regrettably followed the same strategy in judicial review—play dead, cover their eyes, peek, and play dead again.”

What is equally “execrable”—Judge Jones’s adjective—is the lower court saying the Service’s oxymoron is beyond judicial review. “But this is nonsense”—Justice Scalia will whisper. The result below is “so monstrous, that all mankind would, without hesitation unite in rejecting the application.” (Chief Justice John Marshall)

If not all mankind, it is enough that Mr. Justice Gorsuch and three other justices will vote to bring Casper the Dusky Gopher Frog to the bar of the Supreme Court.