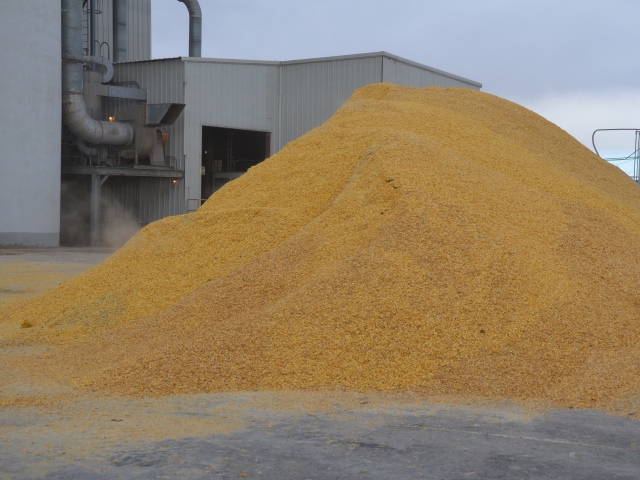 Livestock producers should find optimism in feed price projections following Thursday’s USDA Acreage and Stocks reports. The releases are proving bearish for corn, which provides new opportunities for feed buyers to lock in profits they didn’t expect to see, according to Matt Bennett of Bennett Consulting.

“Interesting to see corn and bean stocks higher than expectations,” he says. “I’m surprised by the acreage report, but not shocked.”

The grains went lower again Thursday, providing opportunity for livestock buyers to hedge feed prices ahead of what some think could be a growing season of extreme heat in the “I” states.

“The last few weeks, livestock producers were scratching their heads and thinking ‘How is this going to work?'” he says. “Drop the corn market $0.75, and things are significantly different.”

Mike North of Commodity Risk Management Group agrees. “If I’m a feed buyer, today was a victory," he says.

He says the combination of higher stocks and higher acres was a “gift” to livestock producers.

Take Advantage of It

Bennett says many of the livestock producers he works with are starting to take advantage of this market low.

“If I’m a livestock producer and I’m looking at the market, pre-pollination for most people, I’m probably going to do something to lock prices in,” he says.

Realizing every segment of the livestock sector has different needs, North says anything a producer does to take advantage of this opportunity will be a good thing. He recommends bearish producers consider call options on corn and soybeans.

“If I need to buy anything on the corn side of things, I’m looking to get some feed booked,” he says. "A call strategy also makes sense if you’re still more bearish about the market, and you think this thing might test 2014 lows.”

Bennett says he felt pretty comfortable locking in $3.50 December corn right now. “I thought it was a no-brainer,” he says.

With the June 30 reports out of the way,  the number one factor from here on out is the weather, according to North.

“The rains that are forecasted for next week will be watched closely,” he says. “As we approach and pass through pollination on corn, and as we approach flowering and pod development on soybeans, we will need favorable weather.”

If the extreme heat that some weather forecasters are predicting happens at a critical time, Bennett doesn’t think $4 December corn is off the table.