Feed the Soil First, Then Feed the World 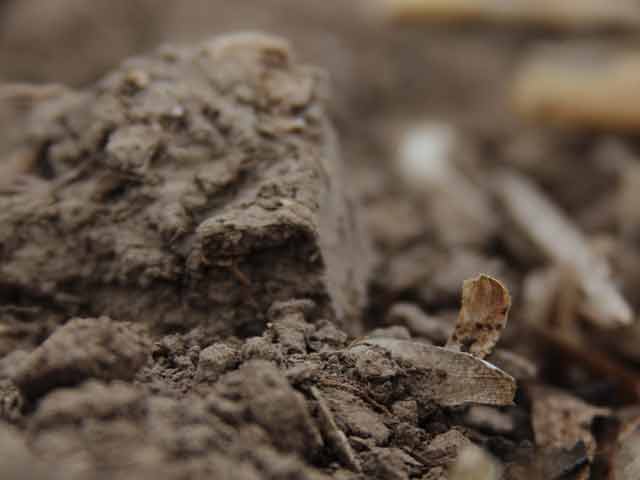 The following is an op-ed essay from Patrick Heffer, senior director, agriculture service at the International Fertilizer Association.

It’s a popular farmer saying that humanity simply would not exist without the top six inches of soil that covers our lands.

This nutrient-rich layer, which many of us take for granted, is becoming even more important as global temperatures continue to rise. And if we dig beneath the surface, we soon see that taking care of our soil has to become a global priority, especially in the regions where climate change hits hardest and food insecurity is still rife.

In sub-Saharan Africa, for instance, farmers have traditionally cleared land, grown a few crops, then moved on to clear more land, leaving the land fallow to regain its fertility.

But population pressure now forces many farmers to grow crop after crop on the same land, “mining” or depleting the soil of nutrients while giving nothing back. With limited access to fertilizers, farmers are then either forced to work increasingly marginal lands, where the soil is less fertile, or continue to carve out farmland from forests or pasture lands, at tremendous expense to Africa’s biodiversity and to climate change.

The effect of this is evident in the global decline in available cropland per capita, which has halved from 0.4 hectares in 1970 to 0.2 hectares in 2000, according to the UN Food and Agriculture Organization (FAO). Yet as arable land becomes increasingly scarce, the challenge of intensifying farming to produce enough food for a swelling global population while also minimising its environmental impacts continues to loom over our future.

So replacing the lost nutrients in that top six inches of soil is vital, and we need to use both organic and mineral nutrient sources to do so. For example, organic nutrients like manure and crop residues are rich in organic matter, which helps build resilient soil structure and store soil moisture. Meanwhile, mineral fertilizers have a higher and more precise nutrient content. By using both in combination, we can get the most out of our soil.

And if we can improve the quality of existing arable land, farmers will have to turn less often to forests and natural habitats in their search for productive soil. Deforestation represents as much as 30% of global greenhouse gas emissions so sparing them is in the planet’s best interests.

Bill Gates has admitted he was a “little obsessed with fertilizer” because he credits it with lifting hundreds of millions of people out of poverty. “Two out of every five people on Earth today owe their lives to the higher crop outputs that fertilizer has made possible,” he said.

And the importance of proper fertilizer use on degraded land is only going to grow. With the global population expected to nudge almost 10 billion by 2050, FAO estimates that we will need to ramp up food production by some 60 per cent compared to 2005 levels to be able to feed the world.

So the pressure is on to produce more with less, making fertilizer an invaluable tool in the arsenal as the world battles to reduce food insecurity.

However, the caveat is that this must be properly managed. As developing countries set out to make more use of these soil supplements, they tend to use them less inefficiently at first, making fertilizer use more costly and environmentally damaging. It is typically the most developed countries which then eventually emerge to more optimal efficiency levels, gaining both high productivity and low footprints.

Nonetheless, with the proper support, there is no reason why farmers in developing regions, such as sub-Saharan Africa, cannot leapfrog straight into this “sweet spot” and avoid the pitfalls of less efficient fertilizer use. This is why the International Fertilizer Association believes in the value of applying the “4Rs” of nutrient stewardship – using the right nutrient source at the right rate, at the right time, in the right place.

Not only can targeted fertilizer use help increase yields, but it can also reduce the need for farmers to bring other, less suitable land into production. Between 1961 and 2005, a billion hectares of land have been preserved thanks to the increased productivity of existing farmland, and more can be achieved through the implementation of best practices in fertilizer use and soil fertility management.

And for farmers already optimising their yields, new innovations are creating more opportunities for them environmentally. Fertigation, for instance, is an innovative method of fertilizer application through water, which makes it possible to synchronize the crop’s nutrient and water demand throughout its growth. Fertigation has tremendous potential to maximise yields while minimizing environmental pollution, and can even help turn vast areas of otherwise unusable arid and semi-arid land into farmland.

Improving soil quality thus helps us not only improve future food security, but it also helps us tackle climate change and manage our water resources more sustainably. When we consider the pressures of future population growth and climate change, the health of our soils cannot simply be seen as a luxury. Rather, it is now an urgent necessity.