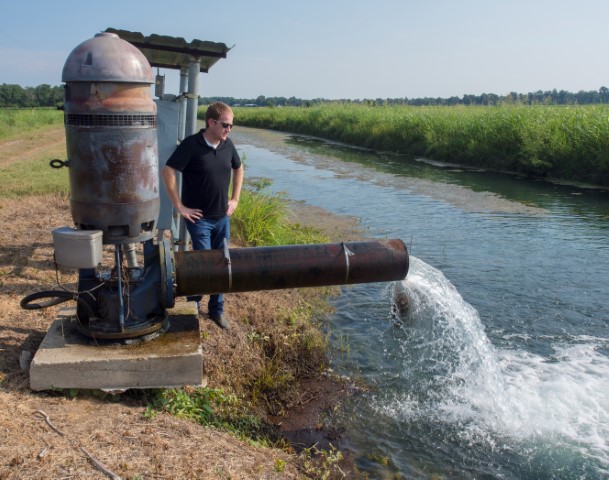 For the past four years, the California Air Resources Board, the Environmental Defense Fund and others have been working behind the scenes to develop protocols that allow farmers to offset carbon emissions and get compensated for their efforts. Today, those groups celebrate a critical milestone as the first-ever voluntary carbon credits generated from U.S. rice farmers were sold to Microsoft.

How does it work, exactly? Robert Parkhurst, EDF’s agricultural greenhouse gas markets director, says the carbon market is split into two components, compliance and voluntary. The two main compliance markets are driven by California and Quebec. In the California market alone, the state’s businesses will look to offset as much as 200 million tons of carbon by 2020.

And that’s where farmers come in. In the rice pilot project, for example, farmers collect data to quantify how several production practices – such as dry seeding, alternate wetting and drying, and early drainage – reduce generation of around 30 pounds of methane per acre.

With several participating farmers on board, the next step was getting the voluntary credits approved by two primary registry bodies, the Climate Action Reserve and the American Carbon Registry, which write standards, verify results and maintain carbon databases.

With Microsoft as a buyer, the loop is finally completed. Voluntary carbon credits trade around $7 per ton, which makes the rice farmer credits worth about $2 per acre. But farmers like Arkansas rice producer Chris Isbell say it’s not even about the money.

“The credits themselves are not our central concern,” he says. “Three other concepts are involved. No. 1, it’s the idea of potential – one thing leads to another. There are multiple opportunities involved, like saving water. No. 2, the program fosters an ongoing relationship with researchers. That’s critical. And No. 3, it’s the right thing to do.”

“The general public is screaming for sustainably sourced products,” he says. “We’re building the base right now.”

Parkhurst points out another important wrinkle. Even though the buyers come from specific places such as California or Quebec, this program proves the sellers can theoretically come from anywhere.

“Offsets can come from any 50 states,” he says. “So if you farm in the Midwest, you can create a credit through conservation practices and sell it to a business in California.”

Other opportunities could present themselves in other parts of the agriculture industry, Parkhurst says. Additional projects are focused on dairies capturing methane, fertilizer-use efficiency in row crops and grassland conservation, he says.

Parkhurst says EDF is trying to shepherd more of these transactions. Participating farmers will need to be able to provide baseline information about their operations and collect data to document changes they make. Because of that, EDF is taking a long look at farmers already actively engaged in precision ag practices, Parkhurst says.

“They’re in the best position to generate credits and revenue,” he says.