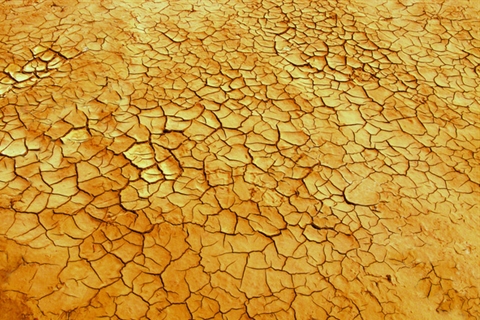 The corn that is a food staple for much of southern Africa is now so expensive it has become a luxury many can’t afford, after the worst drought in three decades damaged crops from Ethiopia to South Africa.

In Malawi, one of a dozen nations affected by the dry spell, Meleniya Mateyu says she has to forage for wild water-lily roots called nyika from streams and swamps to feed her two orphaned grandchildren. The small amount of grain she gets from an aid agency is barely enough for them to eat during one meal a day.

“We are surviving on nyika,” Mateyu said in an interview at her village in the southern district of Chikwawa, about 50 kilometers (31 miles) south of the capital, Blantyre. “This year’s hunger is the worst I’ve seen in 10 years.”

The drought -- a symptom of the global El Nino weather pattern -- is shrinking grain production across southern and eastern Africa and increasing the risk of widening hunger for some of the poorest populations in the world. Of the 34 countries that will require food aid this year, 27 are on the continent, United Nations’ Food & Agriculture Organization data show. And the need is growing even as the rest of the planet enjoys a grain glut and shrinking food costs.

The situation may be the worst since sub-Saharan Africa’s last major food crisis in 2002-2003, with 28 million people already contending with hunger, according to January figures provided by the UN’s humanitarian affairs agency. The World Food Programme says that number could balloon to 50 million later this year. Another 10 million people are at risk in Ethiopia because of drought, along with millions more in conflict-ridden countries including South Sudan and Central African Republic.

While the UN says the region is having its worst drought in 35 years, it’s been a century since fields were this dry in South Africa, the biggest grower on the continent, and five decades for Ethiopia. That’s compounding the strain on a part of the world where more than 40 percent of the people live at or below the international poverty line of $1.90 a day, according to the World Bank.

Even with global food costs tracked by the UN dropping to a seven-year low, few in southern Africa are benefiting. The logistics of getting supplies from sea ports to landlocked markets in Malawi and Zimbabwe increases the cost. Like many other countries in the region, South Africa’s buying power is eroded by its weakening currency. And the economies of Angola and Zambia have been hit by struggling oil and mining industries.

“Importing food for many of these countries is going to be much more costly now than it was a year ago,” said Debbie Hillier, a humanitarian policy officer at Oxfam International in Oxford, England. “Countries have suffered very seriously from the decline in commodity prices.”

Food costs may double in Zimbabwe, which will need to import as much as 1 million metric tons of grain, said Steve Wiggins, a research fellow at the U.K.’s Overseas Development Institute. While ocean freight costs are low, the country has to import through South Africa and Mozambique. In a normal production year, local wholesale corn in Zimbabwe would cost about $120 to $150 a ton, but prices will probably be at least $100 higher this year with the added transportation costs, he said.

“The country in the region that is just looking down the barrel is Zimbabwe,” Wiggins said. “The bottom 10 to 20 percent of Zimbabweans will be in terrible straits in terms of sorting out their food during 2016.”

To make matters worse, regional stockpiles are already depleted. Grain production fell 21 percent last year across southern and eastern Africa, and prospects for the next harvest, which begins in April and May, are “acutely unfavorable,” the FAO said March 9. South Africa predicts the harvest will be half what it produced two years ago and that the country will have to import corn to feed itself.

Even with the drought, southern Africa is producing more grain than two decades ago, doubling corn output since 1998, U.S. Department of Agriculture data show.

Countries and international organizations have already started to prepare for a crisis by stepping up imports and calling on donors for aid. Ethiopia, Africa’s second-most populous nation, has appealed for $1.4 billion from international donors. The government has been buying up wheat in global markets since at least October, including a tender for 500,000 tons this week. The USDA forecasts the country’s wheat imports will nearly triple this year.

Zimbabwe declared a national disaster last month and asked for $1.6 billion in aid. The government says it’s secured about half of the corn it needs so far after agreeing to import from Zambia and Ukraine.

All that aid still may not be enough to prevent shortages, especially for white corn, the variety used to make thick porridges known as nsima or pap, which some people in southern Africa eat for almost every meal.

Most corn harvested around the world is the yellow variety used primarily as livestock feed or to make ethanol. Outside of southern Africa, only Mexico is a major producer of white maize, and it doesn’t have a lot to export, according to Oxfam. In addition, many southern African countries have laws prohibiting imports of genetically modified corn, which rules out much of the supply from the U.S., the world’s top exporter.

The effects of El Nino are expected to weaken over the next few months, according to the U.S. Climate Prediction Center. But it will be too late to save crops across southern Africa.

Tendai Mhishi, a 50-year-old corn farmer in Runhanga Village, Zimbabwe, said his crop this year was a total write off. He and his six children have been skipping meals in order to ration food.

"There are days one of my kids refuses to go to school all because of hunger," Mhishi said in an interview. “This year, things have been really tough.”