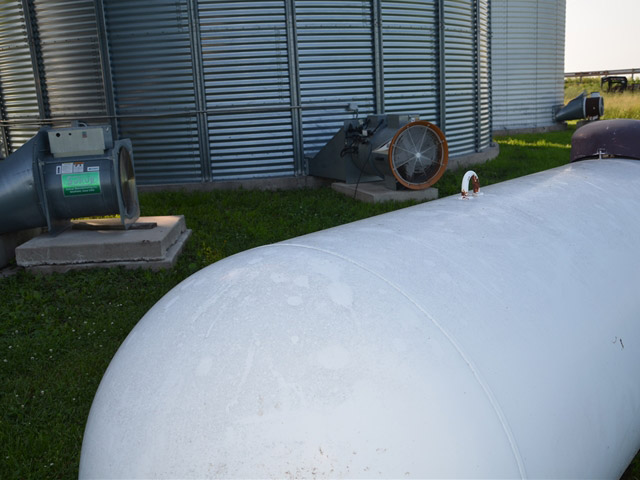 Late summer, Midwest propane supplies largely echoed 2013 levels and were well before the five-year average, prompting concern that a repeat of winter 2013/14 could be possible. Farmers were told to add storage and book early. But in just a matter of weeks, the situation has changed markedly. A new forecast calls for more ample supplies and sharply lower prices than last winter.

“Midwest propane inventories are higher going into this harvest season," the U.S. Energy Information Administration (EIA) says. For the upcoming winter (Oct. 1 through March 31), EIA forecasts 23.8% lower propane prices than last winter, $1.99/gal. This compares to $2.61/gal. last winter, the highest price in years. Consumption is forecast to be down by 13.2% this winter.

Prices aren’t expected to drop quite as much in the Northeast, where a 5.1% price drop and $3.38/gal. are expected.

The anticipated record corn harvest—depending on its timing and moisture content—could have effects on the propane market, however.

As of Sept. 26, Midwest propane inventories were above the five-year average and 3.7 million barrels higher than year-ago levels. Some developments suggest concern, though. “Recent infrastructure changes may affect propane supplied to the Midwest in the coming months, especially under high-demand conditions. The major pipeline that transported supplies from Canada to the U.S. has been reversed to now move condensate from the Midwest to Canada. This is largely due to expanded shale oil production.

At least some of these supplies will be replaced by additional propane from several existing pipelines that move the fuel north from Conway, Kan., to the Upper Midwest, as well as expanded rail and storage capacity in the region, EIA says. Midwest propane inventories are about 15% higher than last year at this time. Furthermore, retailers report that many customers are filling their propane tanks early.

Factoring large in EIA’s more buoyant forecast is the latest National Oceanic and Atmospheric Administration (NOAA) prediction that calls for close to normal U.S. temperatures or about 10% warmer than last winter.

Propane is produced from both natural gas processing and crude oil refining, in roughly equal amounts from each source. In a report this week, EIA projects natural gas consumption and stock draws this winter returning to more levels. Prices are expected to be 11.6% lower than last year. While natural gas prices rose in February 2014, the increase was relatively small compared with pre-shale boom price spikes, EIA says.

Last year, propane demand in the top five corn-producing states surged just before the start of winter, with October levels rivaling the normal peak demand in January. This drew down propane inventories before the heating season began. Propane inventories in the Midwest were reduced by 4.1 million barrels in October, the largest October stock draw since 1985.

Logistical problems, including the closure of a major pipeline and rail disruptions prevented Midwest inventories from being replenished before winter began. With prolonged cold weather in January and February, propane inventories dipped well below the five-year average.