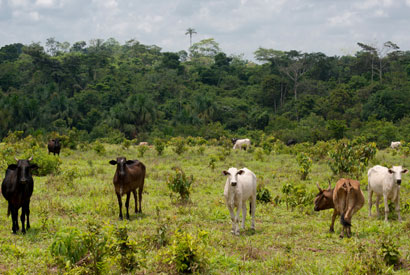 Following the USDA Animal and Plant Health Inspection Service’s proposed rule to allow the importation of fresh and frozen beef from 14 states in Brazil and the closing of the comment period on April 22, 2014, NCBA has reviewed the USDA Food Safety Inspection Service’s final audit report on an onsite audit conducted on Brazil’s meat inspection system. The onsite audit was conducted from February 19 through March 14, 2013 and the report is dated April 16, 2014.

"NCBA is extremely disappointed this final audit report was not released in time for a full review, prior to the comment deadline on the proposed rule," said Bob McCan, NCBA president and Victoria, Texas cattleman. "In early March, NCBA formally requested through a Freedom of Information Act request, all pertinent documents, including a final 2013 FSIS audit report for Brazil. This report was available prior to the comment deadline, but the failure by FSIS to provide it, shows a complete lack of preparation of the documents the U.S. cattle industry would need in order to make informed and meaningful comments."

The FSIS audit was designed to determine the equivalence of Brazil’s meat inspection system. All nations that import product into the U.S. must meet or exceed FSIS’ domestic requirements prior to being approved for importation of fresh or processed meats. The audit focused on six main system components: government oversight, statutory authority and food-safety regulations, sanitation, Hazard Analysis and Critical Control Points systems, chemical residue control programs and microbiological testing programs.

"This audit report confirms many of the compliance concerns that NCBA recently expressed in our comments on behalf of our members," said Dr. Kathy Simmons, NCBA chief veterinarian. "Our members have significant concerns with Brazil’s ability and willingness to meet established compliance requirements. Most alarming to me is the inconsistent application and implementation of Specified Risk Material requirements throughout the system and a history of unresolved drug residue violations."

The audit found that Brazil’s meat inspection program did not provide a standard guideline for its inspection personnel concerning the definition of SRMs in cattle in accordance with FSIS’ requirements, resulting in inconsistent implementation of the SRM requirements. Brazil’s inspection system did not fully enforce HACCP systems plans and records in five audited establishments. And that Brazil’s inspection personnel did not fully enforce sanitation requirements to prevent cross-contamination of bovine carcasses in one establishment. For those and other reasons, the report stated that "until Brazil has satisfactorily addressed these issues, FSIS will not certify any new establishments as eligible to export to the United States."

"Cattlemen and women support free and open trade, based on sound science," said McCan. "But that science relies on the ability of actors to uphold certain standards. We are more convinced than ever, after reading this report, that Brazil is not capable of holding its industry to the same standards we hold ourselves to. If Brazil cannot manage their food safety equivalency standards, how can we trust that they have the safeguards to protect animal health? Therefore, we continue to urge APHIS to withdraw this proposed rule."

NCBA has submitted comments and requested an extension to further receive and review documents related to the proposed rule.