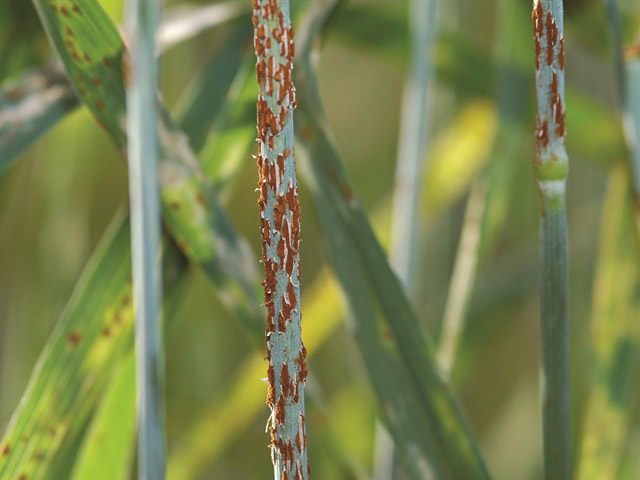 Thanks to genetic modifications, crops such as corn and soybeans have been planted in areas of the state where they weren't grown before.

The process could get a boost with legislative support for a new research center, according to members of the agriculture community.

At the request of the North Dakota Corn Growers Association, Agriculture Commissioner Doug Goehring will ask for $800,000 in his department's budget for a genetics laboratory in Fargo, the Bismarck Tribune reported.

Los Alamos has developed a new genotyping method and the national corn growers want to make it available to all crops and the livestock industry.

"This method has good implications for not only crop research, but livestock research and food safety," Lilja said.

The location of the center was put out on a bid process in July. Fargo was selected as the host site in September. Lilja said the association wanted a location with a number of crops and Fargo met that criteria.

The corn growers contributed $1 million to the project. The project was also approved for a $100,000 North Dakota Department of Commerce Agricultural Products Utilization Commission grant and a grant from the soybean growers association for $200,000. Nearly all of the state's commodity groups also signed letters of support.

Now, the group is waiting for the governor's budget announcement this week to find out if the rest of the project will be funded.

Lilja said there were state legislators present at the site selection ceremony earlier this year.

"We have very good legislative support on this project," he said.

"Any time you bring in access to expertise and equipment, it spurs opportunity for faculty," Greg Lardy, head of the animal sciences department at NDSU, said of the center's location.

The new center will work with crop breeders across the U.S. as well as the breeders for 13 crops at NDSU, Lilja said. To start, work will be focused on pathogen protection.

The genotyping center has managed to improve pathogen protection with its multiplex test, Lilja said. In the past, breeders conducted tests looking for one malady at a time. The new test will identify all pathogens in a specific variety at once, rather than having it done individually.

"Before, if you wanted to test for rust, you would send a sample in, get that back and then send in (a sample to test for) another (pathogen)," Lilja said. "It will speed up the process."

Lilja said this way, when a breeder develops a new variety, they can test it more easily to find out if the breeder should continue with the new variety or develop something different.

"Genomics is a growing area within the field of agriculture," said Julie Ellingson, executive vice president of the North Dakota Stockmen's Association.

Lardy said in terms of the livestock industry, there is opportunity for the genomics work being done at the center to be applied when purchasing bulls or judging reproductive success. He said tests could also be developed to monitor disease and determine antibiotic resistance of disease-causing bacteria.--Jessica Holdman, Bismarck Tribune