Via a special arrangement with Informa Economics, Inc.

A new report from the Government Accountability Office (GAO) provides some support for tightening subsidy eligibility rules in the new farm bill. GAO did the report at the request of Sen. Chuck Grassley (R-Iowa). Link to report

Engaging. Both the Senate-passed bill (S 954) and the House version (HR 2642) deal with the definition of what it means to be "actively engaged" in farming, the requirement for getting government payments. 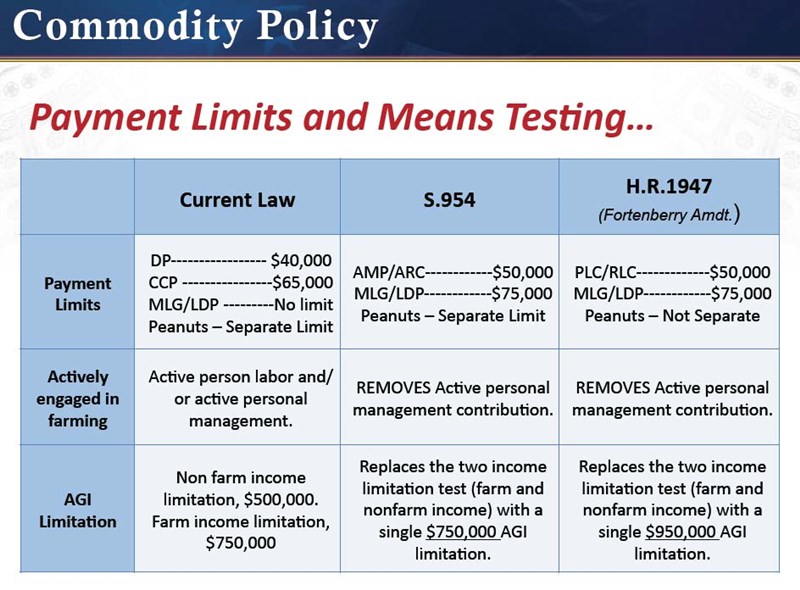 GAO said the current definition of "actively engaged" is so broad that an individual can live far from an operation, and not even visit it, but still qualify for its subsidies.

FSA officials told GAO they have no plans to tighten the regulations unless Congress changes the law.

Sen. Grassley said the report showed that additional changes are needed to the eligibility requirements for being "actively involved" in farming. The GAO also wrote in the report that the legislative language in the Senate passed farm bill would be an appropriate fix to the agency’s findings. The report can be found on Grassley’s website, grassley.senate.gov.

"The report shows that there is still far too much subterfuge of the actively engaged law. For instance, taxpayers are footing the bill for farm payments to 11 active managers of one farm, who supposedly provide significant management experience, yet perform no labor," Grassley said. "The loophole has been allowed to stand for too long. It’s time to close it once and for all and put the issue to rest so we can maintain a safety net for the farmers who really need it."

Grassley said that the conferees to the farm bill should take notice of the report and take a hands off approach to the provisions in both the House and Senate bills. "This is just one more reason that my payment limits provisions included in the Senate and House bills -- placing a hard cap on farm payments and closing loopholes that allow non-farmers to game the system -- should stay untouched," Grassley said.

Specifically, GAO recommended, "Congress should consider modifying the definition of significant contributions of management activities, either as it did in recent deliberations on reauthorizing the farm bill or in other ways designed to make contributions more clear and objective."

The legislative language in the farm bill mirrors Grassley’s Farm Program Integrity Act of 2013. He said the bill would define clearly the scope of people who are able to qualify as actively engaged by only providing management for the farming operation. The language allows only one off-farm manager, "which will help the Department of Agriculture crack down on the general partnerships that have multiple non-farmers trying to qualify for farm payments by exploiting the management loophole."