Georgia Farmers Could Soon Be Flying Drones Over Fields 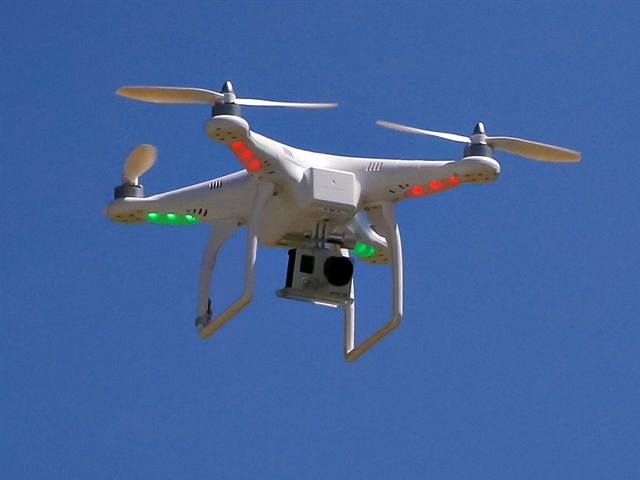 The next big thing for Georgia farmers could be drones.

State economic developers say Georgia's agricultural industry could be one of the areas with the most promising potential for the launch of a commercial drone usage, and they're intent on showing farmers why.

In the town of Moultrie nestled in a farm-rich region in the southern part of the state, local aerospace firms flew their drones over fields of cotton to show off the technology to farmers attending the recent Sunbelt Ag Expo.

Drones could offer farmers multi-spectral images of their crops to show which plants need more fertilizer, more water or more nitrogen — an advance in what's known as "precision agriculture." And that's worth a lot, farmers say.

"You can see much more than you can with the naked eye," said Joseph Driver, a Fort Valley farm manager.

While the Moultrie demonstration flights were done in the name of research, flying drones over farms for commercial purposes isn't legal yet.

Two Georgia businesses hope to change that, and in recent months they submitted applications for commercial drone operations. The Federal Aviation Administration in September approved the first six companies for commercial unmanned aircraft systems, all in movie and TV production. It's yet to be seen which industries will be the focus for the next few rounds of approvals, but agriculture is a logical choice because it could involve drones flown in rural locations away from populated areas.

The approvals of individual companies' operations are an interim solution, as drone enthusiasts around the country await a blanket FAA rule to allow commercial operations of small unmanned aircraft. The process has been long delayed but is expected to start by the end of 2014, followed by public comments, and take at least a year to complete.

The Association for Unmanned Vehicle Systems International estimates the unmanned aircraft industry in Georgia could generate 2,880 jobs by 2025 and yield nearly $280 million in economic impact.

At Fenster Farms, which grows corn, soybeans, peanuts, cotton, wheat and pecans on about 2,000 acres in Fort Valley, owner Lanny Fenster sees a big opportunity. He says drones can monitor crops better than "crop scouts" who walk the fields.

"You can find a spot with a disease" with the help of temperature sensory imagery and ultraviolet photography, he said. "We looked through the camera and we could tell exactly what was happening. ... We went out to the exact spot. We couldn't tell by looking."

"Disease — it starts someplace," he said. "If you could just treat that area, you save on pesticides and make all the people in town happy." And, he added, you get a better crop.

Fenster is thinking of buying a drone, or going in with two or three other farmers to buy one together.

"We grow over $4 billion worth of peanuts in Georgia every year," said Steve Justice, director of the Georgia Center of Innovation for Aerospace. "If we can provide a tool that increases their yield 1 percent — 1 percent of $4 billion is big money, and that's the real impact."

Other farmers may depend on crop consultants that could operate drones for them. The most sophisticated systems, with multiple sensors for a variety of UV and other imagery, may cost up to $100,000.

"I do think it's the wave of the future as far as gathering more information," said David Spaid, a crop consultant in Metter.

Phoenix Air — whose claim to fame is transporting Ebola patients in a souped-up, disease-containment Gulfstream jet — has created a division called Phoenix Air Unmanned and applied for federal approval for drone operations, including in agriculture.

And Norcross-based Vision Services Group, operating as VSG Unmanned, is also seeking federal approval for its own drone operations focused on agriculture and forestry.

The company says it is "positioned to refine and advance the technologies available to the agricultural industry."

While the most familiar drones are quadrocopters (helicopters with four rotors), VSG Unmanned plans to launch winged aircraft by catapult that can rapidly soar over fields to capture images of 1,000 acres in one flight. The company demonstrated to interested farmers at the Sunbelt Ag Expo what its bright orange, aerodynamic unmanned plane could do.

"We've gone out on the field with farmers to see what their actual needs are," said VSG's Ben Worley, a former drone operator and mission commander for the Air Force. "We really just saw a need, a growing need, for better data."

Stockbridge-based Guided Systems Technologies showed off its unmanned helicopter that can take multi-spectral images of fields to target problem areas. The firm is also developing a drone with a spray system for targeted pesticide treatment.

"We've identified agriculture early on as one of the potential early adopters of the technology," said Justice.

His center has invested $350,000 in the development of unmanned aircraft systems over the past five years.

As progress toward commercial drone operations accelerates, state lawmakers are expected to take up the issue of privacy protections during next year's legislative session.

"It's timely at this point for the Legislature to act so that operators in the state know what the rules of the road are," Justice said.

All told, the Federal Aviation Administration has estimated as many as 8,000 commercial drones could be flying by 2020.

"The next 12 months is going to be a real turning point" for the commercial unmanned aircraft market, Justice said. "Next year, we'll be talking about all the different commercial operations that have started to happen."