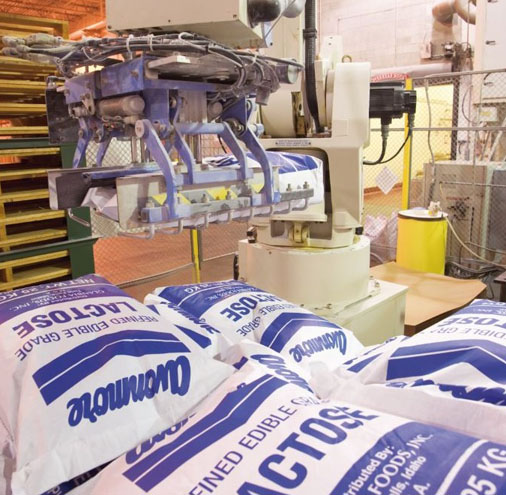 The project will help the dairy manufacturer meet the growing demand for high-quality whey products.

TWIN FALLS, Idaho – Glanbia Foods, the world’s largest American-style cheese manufacturer and one of the largest whey ingredient producers, has announced a major expansion to its manufacturing and production plants in Gooding and Twin Falls, Idaho, projecting an $82 million investment and creating up to 50 new jobs.

“This expansion is strongly aligned with our strategy of adding further value to our whey stream,” said Daragh Maccabee, executive vice president and CFO of Glanbia Foods. “The company considered various options and locations for these new activities but ultimately came to the conclusion that Idaho was the right location. We have a long track record in Idaho, and the support of the state and local communities was instrumental in our choice of Idaho for renewed expansion.”

Specifically, Glanbia will invest in manufacturing processes to meet the growing demand for high-quality whey products, such as:

To facilitate these developments and further future growth, Glanbia will pay for a 30 MW energy sub-station on current Glanbia land at the Gooding facility, and will free up 12MW of existing capacity for alternative uses in the area.

The new facilities will be fully operational by 2016.

“This is yet another exciting announcement for the Magic Valley to see one of its own home-grown companies expand and create new jobs,” said Idaho Governor C.L. “Butch” Otter.  “We are particularly thrilled that we were once again able to leverage the Tax Reimbursement Incentive to support the growth of an existing Idaho company.”

Glanbia Foods has been headquartered in Southern Idaho for 25 years and processes over 12 million pounds of milk per day, one third of all milk in Idaho. Over that time, Glanbia has experienced significant growth, with the total workforce in Idaho projected to exceed 800 for the first time in 2015.

Glanbia is approved to receive a Tax Reimbursement Incentive credit of 23 percent for 10 years, which was matched by the local community.  The Gooding County Board of County Commissioners approved a property tax exemption on the incremental new capital investment.