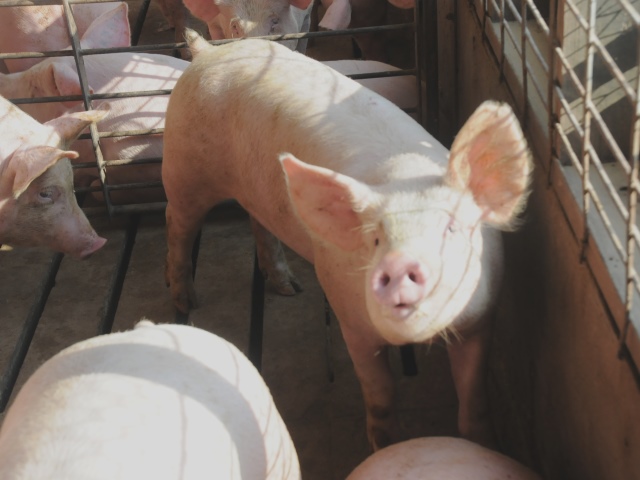 The front and back month contracts for pork are lingering near the $80 per head mark. It’s a price some didn’t expect to hang out this long with a flush of pork on the market.

Pork industry experts say the reason prices are continuing in the green is not because of supply but demand.

“We’re currently seeing so far this year in 2017, 15 percent more exports of pork and it’s all going to foreign consumers,” said Chris Hurt, an agricultural economist at Purdue University. “Strong demand is how we would explain the situation of more supply but even higher prices.”

Experts say the increased appetite is global and higher beef prices in the United States have been positive for pork demand. Pig supplies are not getting any smaller anytime soon.

“We’re pushing 4 percent more pork this year and 4 percent more pork next year,” said Steve Meyer, vice president for EMI Analytics-Pork. “We’re going to be pushing those per capita offerings over 52 pounds per person [domestically], which is about as high as we’ve ever seen.”

When it comes to prices, Meyer believes prices could eventually decrease a bit come fall, mostly due to seasonal buying.

“We have hogs in the upper $70-mark on a monthly average basis this summer,” said Meyer. “That would include a few $80 hogs.”

“If you’re risk averse, or if your balance sheet says you can’t stand much risk, you’re getting a lot of good pricing opportunities with futures right now,” said Meyer. “How about 2018? Those prices look pretty good to us as well.”

“We think about $73 on a lean basis for the third quarter this year,” said Hurt. “That compares with around $64 last year. That’s going to continue into fall, we think.”

He anticipates higher prices on into the fourth quarter.

“What we’re anticipating this year when we’re talking about $8 to $10 higher prices than year ago in the third and fourth quarter this year versus last year, we think a portion of that is attributable to these new packing plants that are going to be online,” said Hurt.

Even though there are a handful of processing spaces coming online this fall, some analysts feel as if it could ultimately pressure prices long-term.

“If we were to fill all of these plants up by 2019, we would have about 10 percent more hogs than last year plus any gains in weight,” said Meyer. “That’s would be a very rapid output expansion. Some may say, ‘Oh, we’ll export it.’ Well, the export market isn’t limitless.”

It’s a balancing act between increasing production and expanding trade for the benefit of the industry.

Mexico and Japan are big export markets for U.S. pork. Meyer says other countries are gaining steam, including Australia, Honduras, the Philippines, Dominican Republic and Colombia.

6/14/17 Pork Prices as Flush of Meat Comes to Market
Tags:
Pork
Science Experiments
Some Areas Too Wet, Others Too Dry
The Role of Veterinarians and Nutritionists as Consultants for Dairies
Are All Bets Off for Phase One Trade Deal with China?
Jerry Gulke: Letting Time Pass May Pay Dividends