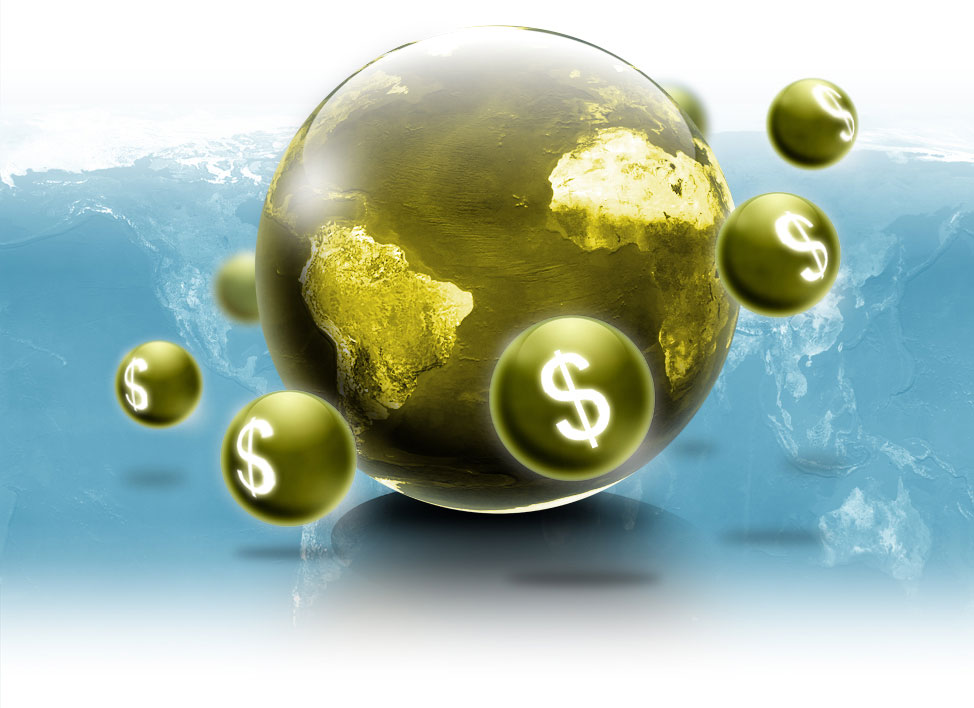 Global markets were thrown into disarray as Donald Trump won the U.S. presidential election, shocking traders after recent polls indicated that Hillary Clinton would be the victor.

Futures on the S&P 500 Index plunged by a 5 percent limit that triggers trading curbs and contracts on European equities sank more than 4 percent. Gold had its biggest move since the aftermath of Britain’s shock vote to leave the European Union, surging with haven assets including the yen and sovereign bonds. Mexico’s peso tumbled the most since 2008 amid concern U.S. trade policies will become more protectionist under Trump.

Trump was projected to be the winner early Wednesday by the Associated Press and television networks after Wisconsin pushed him over the 270 Electoral College vote threshold needed to become president-elect. The Republicans also retained control of Congress. A Trump victory had been portrayed by analysts as having the potential to unhinge markets that were banking on a continuation of policies that coincided with the second-longest bull market in S&P 500 history. Brexit was the last major political shock and led to the U.S. equity gauge sliding 5.3 percent in two days.

“With more votes being counted and it looking more and more like Trump will actually get in, the market’s having a massive dive,” said Karl Goody, a private wealth manager at Shaw and Partners Ltd. in Sydney, which oversees about A$10 billion ($7.6 billion). “This has caught a lot of people off guard. We’re all very surprised.”

Most polls showed Democratic candidate Clinton ahead of Trump going into the vote and websites that took bets on the victor had put her odds of winning at 80 percent or more. Trump has pledged to clamp down on immigration to the U.S. and renegotiate free-trade agreements with countries including Mexico.

Among key moves in financial markets:

S&P 500 futures tumbled by the maximum 5 percent loss permitted on the Chicago Mercantile Exchange before trading curbs are triggered, then pared their decline to 3.4 percent as of 7:33 a.m. in London. The restrictions last came into force in the wake of the Brexit vote and set a floor price for the contracts through the remainder of the overnight trading session.

Futures on equity indexes in the U.K., Germany and France fell at least 3.8 percent. Benchmarks in India, Japan and New Zealand posted the biggest declines in the Asian region.

“If Trump becomes president and both the House and Senate are Republican, he can do whatever he likes,” said Norihiro Fujito, a Tokyo-based senior investment strategist at Mitsubishi UFJ Morgan Stanley Securities. “We’re in the midst of a violent unwinding of positions globally as investors deal with an unexpected, risk-off situation.”

Mexico’s peso plunged to a record 20.7818 per dollar and was the worst performer among currencies worldwide. Other higher-yielding currencies sank, with South Africa’s rand weakening 2.5 percent and South Korea’s won down 1.3 percent.

“This would be the biggest political upset in living memory,” said Jeremy Cook, chief economist at London-based World First U.K. Ltd. “The significance is almost unquantifiable.”

Currencies viewed as havens strengthened, with the yen climbing 2.4 percent.

Treasuries rallied as traders saw the likelihood of the Federal Reserve interest-rate increase in December dwindling to less than 50 percent, based on overnight indexed swaps. The yield on the 10-year note declined as much as 14 basis points before paring the drop. Its daily trading range -- 0.18 percentage point -- was the largest since June 24, the day after the Brexit vote.

German bunds also rose, with the 10-year yield falling to 0.15 percent. The cost of insuring corporate bonds in Europe jumped, with the iTraxx Europe Index of credit-default swaps on investment-grade companies up by the most since September and a high-yield gauge surging by the most since June, according to data compiled by Bloomberg.

A measure of credit risk in Asia rose by the most in two months, according to prices from Nomura Holdings Inc. and data provider CMA.

Gold jumped as much as 4.8 percent to $1,337.38 an ounce, spurring gains in shares of gold miners. Newcrest Mining Ltd., Australia’s biggest producer, surged 9.8 percent in Sydney.

“Trump’s reactions to future events, if he were to become president, could be somewhat difficult to predict and could be more confrontational,” said David Lennox, a resources analyst at Fat Prophets in Sydney. “Safe-haven gold would be the place to be. We would expect it to head back to the $1,340-$1,350 region on a Trump win.”

Crude oil dropped as much as 4.3 percent to $43.07 a barrel in New York, sliding as investors shunned riskier assets. Five out of six major industrial metals declined on the London Metal Exchange, after the LMEX Index ended the last session at a one-year high amid optimism surrounding the outlook for demand in China. Aluminum and lead were the worst performers, with declines of 0.8 percent.

Wheat, corn and soybean futures on the Chicago Board of Trade slumped more than 1 percent. The U.S. is the world’s largest exporter of corn and soybeans and Bloomberg Intelligence analyst Mike McGlone said a Trump win would put pressure on agricultural commodities because of his anti-trade sentiments.