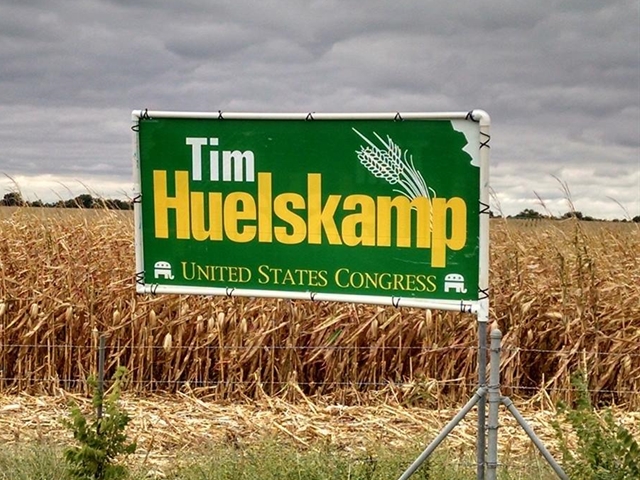 Republican congressman Tim Huelskamp has won re-election in the sprawling 1st District of western and central Kansas despite angering some farmers.

Sherow is a Kansas State University history professor and a former Manhattan mayor who hoped to capitalize on anger among moderate Republicans. But Huelskamp has among the safest GOP districts in the nation, with 53 percent of the voters registered Republican.

Huelskamp frustrated farmers by getting ousted from the state's near-automatic seat on the Agriculture Committee through a conflict with House Speaker John Boehner. He also voted against this year's farm bill.