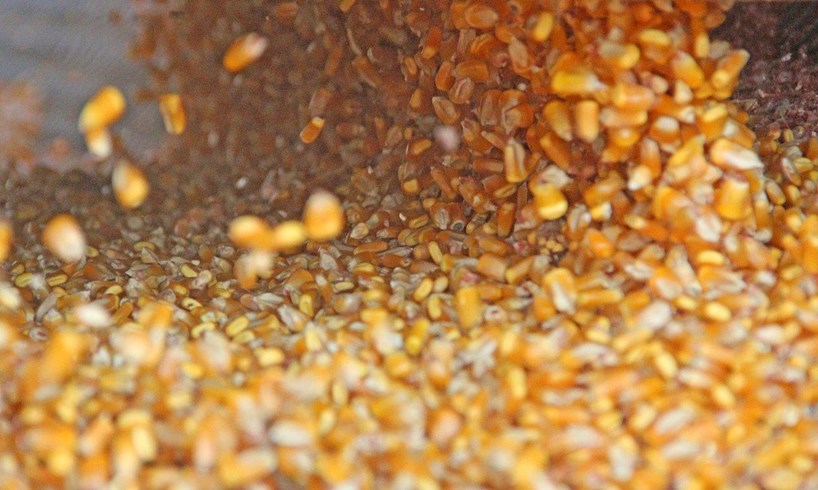 A teenage girl is immobile and nearing panic, buried to her chin in grain. With every exhalation of breath, the grain grips tighter, pushing hard against her chest and constricting her lungs. Rescue personnel move in to separate girl from grain using a tube, while a rapt audience, unaware of danger averted, applauds as an entrapment demonstration ends. And the band plays on.

The agriculture industry is placing its youth directly in harm’s way, according to an editorial signed by leading safety experts and ag engineers. The editorial, “Let’s Stop Treating Our Youth Like Dummies,” calls for an end to the use of teenagers as victim participants in grain entrapment rescue demonstrations, and describes the practice as a one-way road to serious injury or death.

Released Feb. 7, 2017, “Let’s Stop Treating Our Youth Like Dummies,” is authored by Bill Field, professor of agricultural health and safety at Purdue University, and director of AgrAbility.

“It’s appallingly irresponsible to bury high school kids for rescue demonstrations,” he says. “I’ve observed the practice firsthand, and some of my counterparts in other states have seen the same thing. We distributed the letter to raise awareness and stop it.”

The use of kids in grain entrapment training is not isolated, Field emphasizes, but occurs consistently in multiple states and locations. Field has collected photos of over 50 kids buried to the neck at training sessions or recreational situations, and says the growing cache of pictures is a time bomb due to the inherent danger of bulk grain. “I can’t say it enough times: Someone is going to get badly hurt or killed.”

Whether a demo is performed in a semi-trailer or gravity flow grain wagon, a gate malfunction or miscommunication can quickly lead to a teen or adult sucked into the flow and submerged. “You don’t put kids in a tractor to check the value of rollover protection and you don’t toss non-swimmers in the pool to test the skills of a lifeguard,” Field stresses. “You don’t play with fire and you don’t put kids in grain.”

“Everyone has access to mannequins that could be used instead of kids. Rescuers think they are in control, but there’s too much risk. Even if a person isn’t sucked under, they can have serious physical reactions like hyperventilation, elevated heart rate and blood pressure,” he adds.

Case in point: Field is currently reviewing a training session from the East Coast involving a hopper bottom bin with a crank-operated opening. Grain entrapment training turned into a real-time rescue mission when an adult became wedged in the flow and firefighters were forced to cut the hopper bottom open.

Producer Matt Roberts, 35, cosigned the editorial. He grows alfalfa, corn, soybeans and wheat in northern Indiana and conducted research on grain entrapment while at Purdue University. Roberts witnessed a grain demonstration where all participants were adults, either first responders or grain elevator personnel, yet the situation almost went beyond control. Essentially, the test victim’s foot prevented the slide gate from entirely closing: “The trainers themselves panicked and were shutting the door on the guy’s foot while he was screaming. The corn got right up to his mouth and nose. They were able to protect his face and get him out, but it shows how quickly things go wrong, even when kids aren’t even involved.”

“There’s definitely some kind of psychology at play for farmers and agriculture. People think they’ve done something so many times and nobody got hurt and never will. But the red flags are everywhere, especially when we’re talking about kids,” Roberts says.

Charles Schwab, professor of agricultural and biosystems engineering at Iowa State University, also signed the editorial, and says placing kids into grain carries tremendous risk: “Considering what could happen, there is no valid reason to do this. Sometimes the rescue personnel ask for volunteers, never having a clue as to a person’s respiratory or heart condition.”

“Just go read the individual accounts: People have died in entrapments when their heads were above the grain line and they didn’t even ingest grain. Part of the reason is how the body responds to stress,” Schwab adds.

Dan Neenan is a paramedic, fire-rescue instructor, director of the National Education Center for Agricultural Safety (NECAS) in Peosta, Iowa, and a signee of the editorial letter. “I like to joke around, but I get dead serious about the dangers of grain,” he notes. “Lots of people in agriculture think nothing is going to happen. Well, all it takes is one accident and that’s the end of someone’s life. In this context, a young person’s life.”

At NECAS’ mobile grain engulfment simulator, participants must be above 18, he explains: “We go to the belly button, period. Not getting anywhere near the respiratory system. The grain constantly moves closer to you and makes the next breath harder and harder to get.”

Purdue University also has a grain rescue training site, a small bin on stilts with a grated floor that does not allow for submersion above the waist. Just 10 seconds of flow is enough to cause immobility, according to Field: “We had one occasion when a burly firefighter lost composure and we had to put him on oxygen. One thing for sure, we’ve never had kids in there.”

The physics of grain entrapment leave little room for error, explains Schwab. He recalls an incident when a trained crew couldn’t handle the power of flowing grain, despite confidence in rescue equipment. “A rescue team managed to get a harness and rope around a trapped person and then opened the bottom gate to drain the grain while keeping him in place. They couldn’t hold him and he died,” Schwab remembers. “Grain is a different hazard and once an entrapment occurs, you can’t guarantee extraction.”

Who Holds the Liability Bag?

Field has recorded grain entrapment statistics for 30 years, counted the costs of tragic loss to farming families, and testified in 120 agriculture-related cases involving disputes and tragedies of all stripes. He knows the dangers of grain entrapment as well as anyone in the United States. When grain accidents occur, liability is always a center issue. “When a kid gets injured in an entrapment demonstration, the event organizer, farm owner and sponsors are all going to be named in the lawsuit. In the farmer’s case, I can almost guarantee you he will lose and be found negligent,” Field says.

“Using kids in grain rescue training opens organizers and facilities up to liability, and that’s a big part of the issue people in agriculture need to think about,” Roberts echoes.

Whistling Past the Graveyard

Physically placing kids into grain during rescue sessions is not widespread, but is consistently happening, Schwab warns: “One time is too many because comparing the value with the risk is frightening. It makes no sense to put a young person in these types of positions. None.”

As an increasing number of farms store grain, and the size of bins keeps expanding, the dangers of grain entrapment will continue to shadow farmers and industry personnel, making the need for safety training all the more important. However, Field insists the necessity for training shouldn’t foreshadow a bitter irony: A farm kid killed in a safety demonstration. “I know of an example where rescue personnel buried a 12-year-old girl so deep all you could see was her face,” he says. “That’s not teaching safety, it’s just a lesson in claustrophobia, panic and risk.” In some cases, Field adds, the level of risk is possibly high enough to trigger “child endangerment charges.”

“Our intent is to get the word out that it’s time to stop using kids to demonstrate entrapment and rescue from flowing grain. The risk of injury is too great and the possibility of suffocation is unacceptable,” Field says.

Is the agriculture industry whistling past the graveyard? “Do we have to lose a kid in a grain safety demonstration?” Field asks. “Is that what it will take to wake people up?”

To read the complete text of Field’s editorial, see “Let’s Stop Treating Our Youth Like Dummies.” Additional information on grain safety issues can be found at agconfinedspaces.org.