Hardeman County Man Sentenced after Convicted of Theft of Livestock 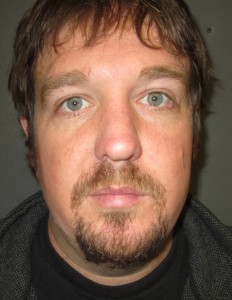 The suspect, Chance Johnston, 31, of Chillicothe, Texas was employed by the victim, a rancher from Wichita Falls, Texas. The victim owns a cow and calf operation and he had hired Johnston several years ago to take care of his herd.

In late 2013, the victim was at his property in Wilbarger County and he counted his calves, noticing a larger unbranded calf. Approximately a week later, he returned to the property to check on the cattle and he noticed he was missing three calves, including the larger unbranded calf. The victim asked Johnston what happened to the calves, and Johnston stated they had died on the back side of the pasture. This made the victim suspicious.

It was also revealed that Johnston had sold mortgaged property without permission from banks in the area and he knowingly gave false information to banks to gain loan proceeds. He used the money to buy drugs and pay his bills. Johnston hindered a total of approximately $35,000.

After looking for the calves and hearing that Johnston had a drug addiction and was in trouble with several banks in the area, the victim decided to report his missing calves as stolen to TSCRA.

Sales records revealed that Johnston had sold three head of calves at the Wichita Falls Livestock Auction in November 2013. The calves sold matched the description of the ones the victim was missing. Two of the calves weighed approximately 200-260 pounds and the other was a larger calf weighing about 655 pounds. Additionally, none of the calves were branded. They were worth a total of $2,110.80.

Williamson met with Johnston at the Wilbarger County Sheriff’s Department where the suspect confessed to stealing the three calves from the victim, selling mortgaged property and giving false information to banks to gain loan proceeds. He confessed that he committed the crimes because he needed money.

Johnston received three five year sentences of deferred adjudication and he was ordered to pay a total of $39,634.11 in restitution to the victims.

“It is extremely important for cattle ranchers to keep an accurate count on their livestock, practice branding and report suspicious activity to authorities,” said Williamson. “If you do not follow these precautions, it makes it difficult for us to recover stolen livestock and return cattle back to the rightful owners.”