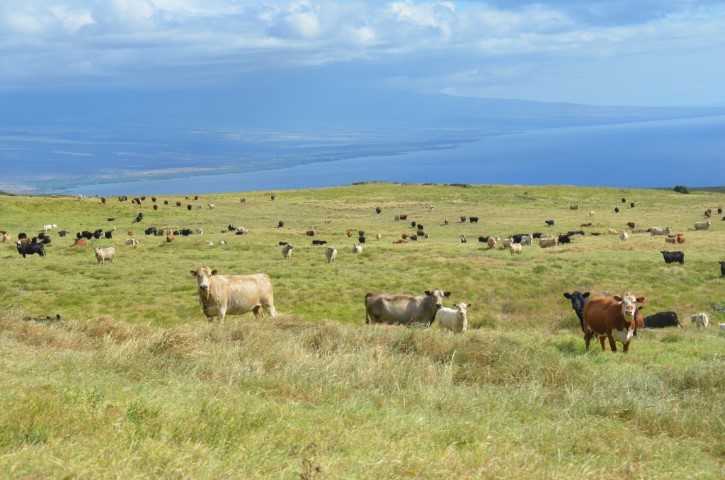 It's a challenge for Big Island ranchers to keep their cattle in the islands while beef prices climb to all-time highs on the mainland, a University of Hawaii livestock expert said

Drought is gripping beef-production regions on the mainland, allowing ranchers to sell beef there for $2.25 a pound, West Hawaii Today reported. That compares with $1.50 to $1.65 a pound here in Hawaii.

Some ranchers "commit from the heart" to leave part of their herds in Hawaii, even though they would earn more shipping the cattle to the mainland, said Glen Fukumoto, an extension agent with the College of Tropical Agriculture and Human Resources.

"A small portion of their cattle will always remain here, but it's a challenge," Fukumoto told chefs and culinary students at the 19th annual Taste of the Hawaiian Range and Agricultural Festival at Hilton Waikoloa Village.

Beef is a $46 million industry in Hawaii, and 76 percent of those cattle are here on the Big Island. Recent consumer trends toward local, organic and healthy meats have put the local grass-fed beef industry in growth mode since the late 1990s.

To fill the void, grass-fed beef from New Zealand and Australia is shipped in at lower costs, and conventional feed-lot beef is imported from the mainland, said rancher Jeri Moniz, who runs cattle on leased land in Kalopa.

"For the sake of sustainability, we'd like to keep everything here. But how do you do that financially?" Moniz said. "All of us ranchers would like to keep our cattle here, but we can't."

Less than 9 percent of beef consumed in the state is local. Even if all of the beef produced in Hawaii stayed here, it would meet less than 40 percent of demand, Fukumoto said.