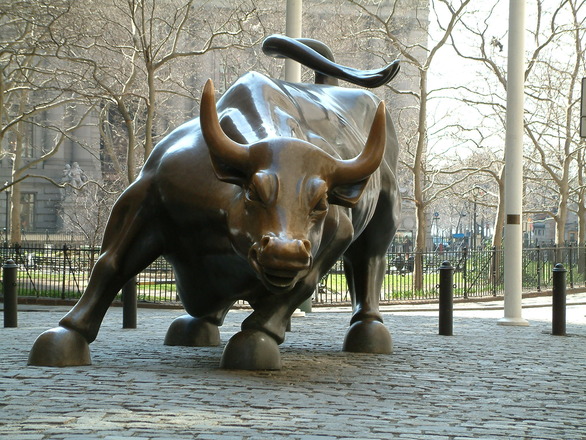 Soybeans got another bullish boost from hedge funds.

In the week ended May 10, speculators increased net-long positions in the oilseed by 20 percent on the Chicago Board of Trade to 201,782 futures and options contracts, the highest since March 2014, data from the Commodity Futures Trading Commission showed on Friday. 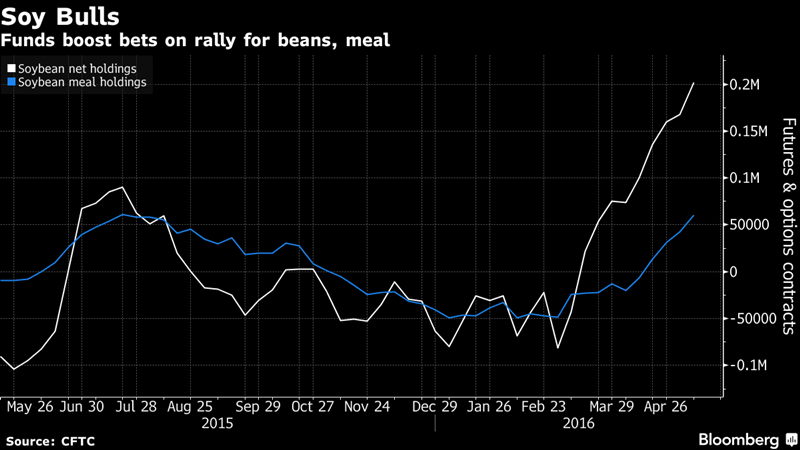 On May 10, soybean futures jumped 5.6 percent, the most since June 30. The price reached $10.915 a bushel, the highest for a most-active contract since July 30, 2014, after the U.S. Department of Agriculture cut its estimate for global inventories following adverse weather in South America.

Net-long holdings in an agriculture basket measuring 11 futures rose 4.7 percent to 628,025 contract, the highest since June 2014, the CFTC data showed. This week, the Bloomberg Agriculture Subindex of eight components climbed 3.1 percent, the most in five months. 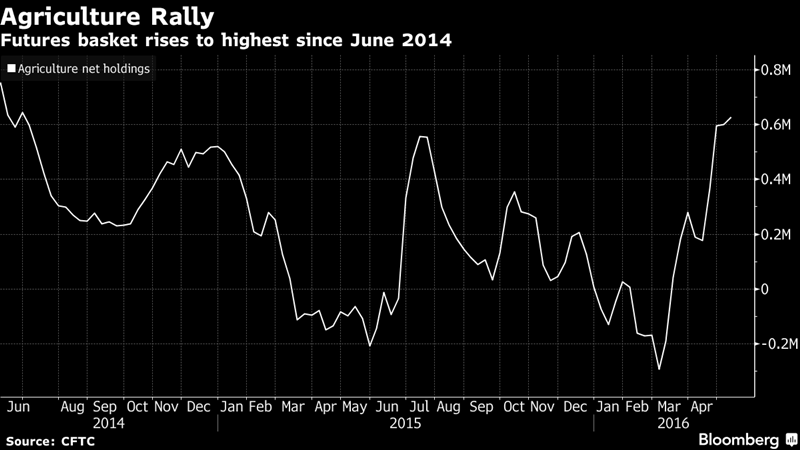 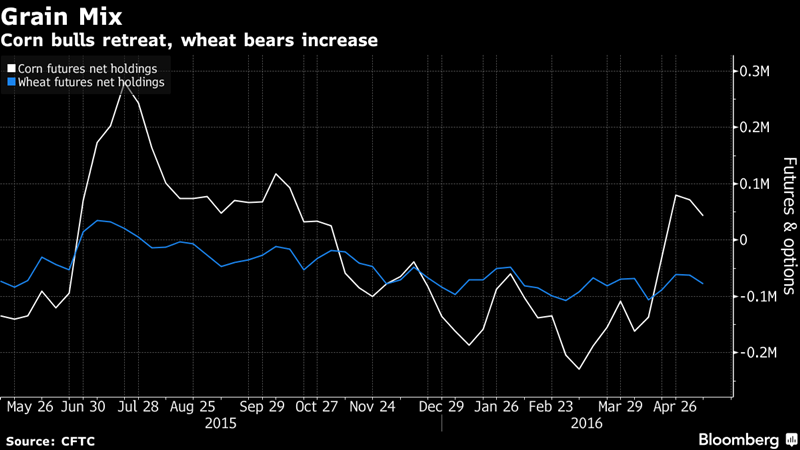 In livestock markets, net longs in cattle fell for the seventh straight week, and bullish bets on hogs rose 14 percent to the highest in six weeks.