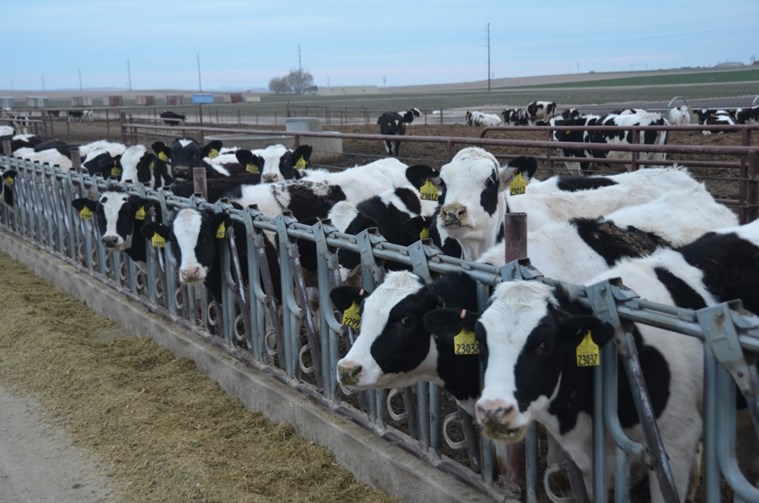 Dairy herd expansion looks like it is still ongoing with more replacement heifers on farms.

The U.S. Department of Agriculture’s Jan. 1 Cattle Inventory report is typically thought of as a barometer of herd expansion in the beef industry, but it also paints a picture of what is happening with heifer retention on dairies. Dairy cow numbers are updated monthly with USDA’s Milk Production report, the only time dairy heifer replacements are counted is the annual cattle inventory.

Year-over-year the milking herd increased 0.6% with 54,000 more cattle added. The dairy herd is now at the highest Jan. 1 inventory since 1996 with approximately 9.4 million cows.

Dairy heifer retention is up, too, with 27,000 more replacements than the same time in 2017. The total heifer herd is now at 4.78 million head. At that total it marks the fourth consecutive year that dairy replacements accounted for more than half of the milking herd.

"The replacement number is only given once a year and is reflective of the farmer’s decisions at that moment in time.  With three years’ worth of lower milk prices, farmers are likely filling barns to spread debt loads across more animals," says Katelyn McCullock, economist for Farm Bureau.

California still ranks at the top for heifer numbers with 790,000 head an increase of 30,000 since last year. Wisconsin has the second most heifers at 700,000 replacements and actually witnessed a 10,000 head drop in heifer retention versus 2017.

In McCullock’s analysis she points out that states like Kansas (92% heifers to cows), Kentucky (79%) and Mississippi (78%) have exceptionally high heifer numbers compared to dairy cows.

It is interesting because while Kansas does have specialized heifer raising facilities the state is also growing the cow herd. Meanwhile, Kentucky and Mississippi have both lost cows in the past five years.