Here's Where the EPA Could Make Cuts 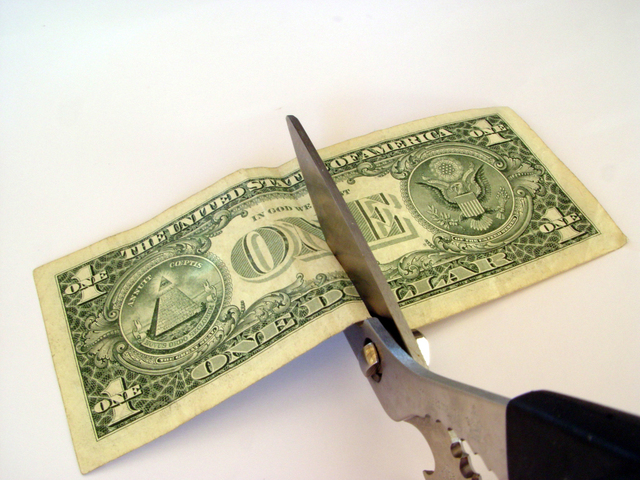 The Trump administration is proposing to slash funding for grants to prevent lead poisoning, climate change research and criminal enforcement against polluters as part of its plan to reduce funding at the Environmental Protection Agency by nearly a third.

An internal budget memo released by the American Federation of Government Employees shows President Donald Trump’s plan to eliminate dozens of programs at the EPA and slash many more. The details go beyond what was released by the White House last month as part of its budget proposal, which set an overall 31 percent funding cut, to $5.7 billion.

"This budget puts America and Americans at risk," John J. O’Grady, president of the American Federation of Government Employees Council 238, said in a statement. It "threatens the lives and dignity of all Americans, particularly the most vulnerable in our society."

An EPA spokesman declined to comment on the internal budget plan, which is subject to approval by congressional appropriators and is certain to face bipartisan resistance.

“It’s simply shameful that President Trump continues to put the interests of corporate polluters ahead of the health and safety of New Jersey families,” Senator Cory Booker, a New Jersey Democrat, said in a statement after attending a rally at an EPA building in his home state Monday.

The document shows how Trump is trying to make good on a promise to reduce the size and scope of the EPA and roll back Obama-era initiatives on climate and other environmental issues.

"The agency’s work will center on our core legal requirements, federal-only and national efforts, providing support to states in implementing environmental laws, and easing regulatory burden," said the memo, which was signed by David A. Bloom, the agency’s acting chief financial officer.

Bloom warned those who received it against leaks: “The untimely release of information is not productive and creates unintended consequences.”

The document includes a list of more than 200 programs that would face cuts or elimination. It includes a reduction of more than $100 million and more than 200 staff positions for research into climate change and climate protection. The agency would also eliminate programs on indoor radon, radiation protection, coastal waterways and leaking underground storage tanks.

And the EPA’s criminal enforcement program would be cut by $1.5 million and see its staff reduced by 34 jobs. That move marks a shift toward "supporting states and tribes as the primary enforcers of environmental laws." Also facing budget reductions is the the EPA’s oil spill prevention program, which is charged with preventing and responding to oil spills in U.S. waters.

"We understand the core missions of EPA are antipollution enforcement and regulation. They appear to be substantially cutting both," Jeff Ruch, executive director of Public Employees for Environmental Responsibility said in an interview. "How any of this benefits the environment or public health remains unclear."

To contact the reporter on this story: Ari Natter in Washington at [email protected]

To contact the editors responsible for this story: Mark Drajem at [email protected], Jon Morgan