How Much Carbon Could Soils Release Amid Warming Climate? 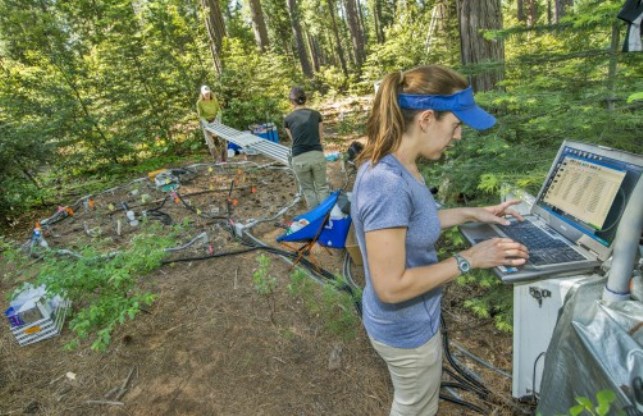 At Lawrence Berkeley National Laboratory in California, scientists are fully engaged in what they call a “deep soil warming experiment.” Their initial findings – soils could release much more carbon dioxide into the atmosphere than previously expected if climate change continues its current warming trends.

The scientists conducted a field experiment to look at what happens to organic carbon in soil when all layers are warmed to a depth of 100 centimeters (a little more than 3’). When they did, the plots that were warmed released 34% to 37% more carbon dioxide than the non-warmed plots.

Until now, Berkeley Lab researchers note than most field-based soil-warming experiments have focused on the to 5 to 20 centimeters of soil. But that leaves a lot of potential carbon unaccounted for, and it raises new questions about how deeper soil layers respond to warming conditions.

“If our findings are applied to soils around the globe that are similar to what we studied, meaning soils that are not frozen or saturated, our calculations suggest that by 2100, the warming of deeper soil layers could cause a release of carbon to the atmosphere at a rate that is significantly higher than today,” according to Caitlin Hicks Pries, postdoctoral research with Berkeley Lab’s Climate and Ecosystem Sciences Division. “[It could be] perhaps as even as high as 30% of today’s human-caused annual carbon emissions, depending on the assumptions on which the estimate is based.”

The group’s report appears in the March 9 online edition of the journal Science.