How Much Will Midwest Rains Slow Spring Planting? 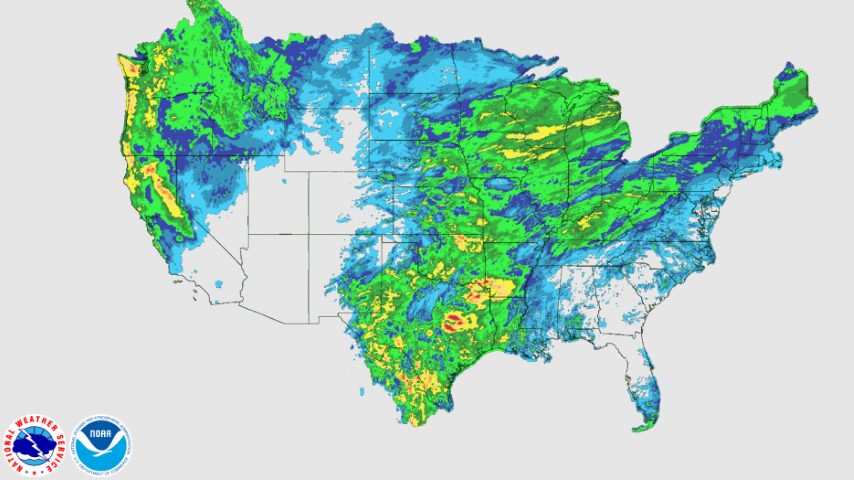 The Midwest has seen its share of rainfall this month.
( National Weather Service Map Generator )

Almost perfect – but not quite. That’s how many Midwest farmers would describe the weather so far in April. Temperatures have been amenable, but precipitation has put more than a few planting schedules on pause.

“We’ve had a lot of precipitation coming in through here [the Corn Belt] in April, says Eric Snodgrass, atmospheric scientist with Agrible. “It’s been a blessing, and it’s also been a problem. The blessing is it’s really helped to erode the drought … but it’s also keeping a lot of folks out of fields.”

Spring wheat is similarly behind, with 13% planted versus 21% for the 5-year average.

Several analysts, including Farm Bureau’s director of market intelligence, John Newton, have been monitoring upcoming forecasts for the possibility of additional planting delays. Newton says a sluggish start in mid-April is less worrisome because the most active planting period continues through mid-May.

“In recent years, we’ve seen growers respond quickly to planting delays by increasing productivity later in the planting season,” he notes. “For example, in 2014, corn growers dropped 56% of the corn crop in the ground during the two weeks prior to the mid-May target. In 2013, growers planted 43% of the corn crop between May 19 and May 26. Farmers will have opportunities, and have the technology, to recover from any early season slowdowns.”

Even so, weather will remain a key driver of market uncertainty, Newton adds. Poor crop conditions this spring and summer will knock down production potential and prop up prices. On the other hand, a new bumper crop will further test price lows seen in recent years, he says.