How the U.S. Has Warmed - And Cooled - This Past Century 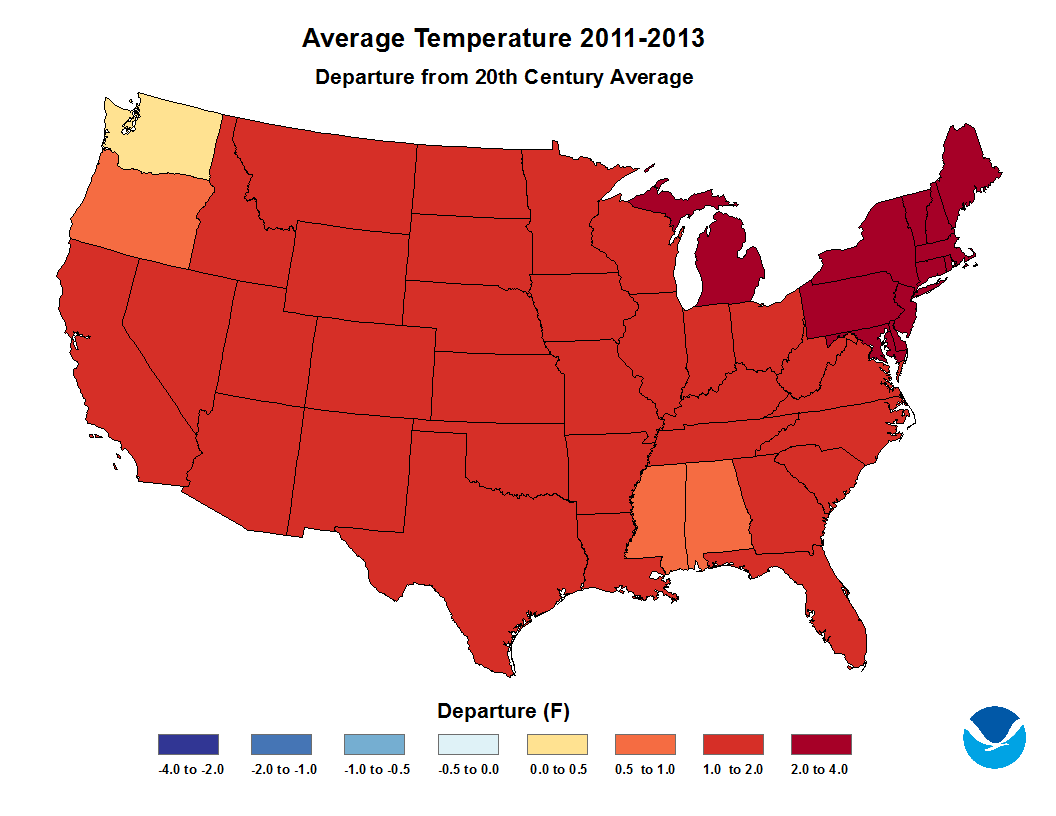 Thanks to new charts and maps released by NOAA’s National Climatic Data Center (NCDC), it’s easier than ever to get a good visualization of how climate has changed from 1895 to present.

First, charts are available that show minimum, mean and maximum temperatures for each of the 50 U.S. states. The gray line represents the annual (or seasonal) temperature value. The blue line shows the overall trend in a way that helps smoothen out year-to-year variation in temperature. The light blue shaded area represents the 95% confidence interval for the trend.

As an example, here’s a look at Iowa’s annual chart: 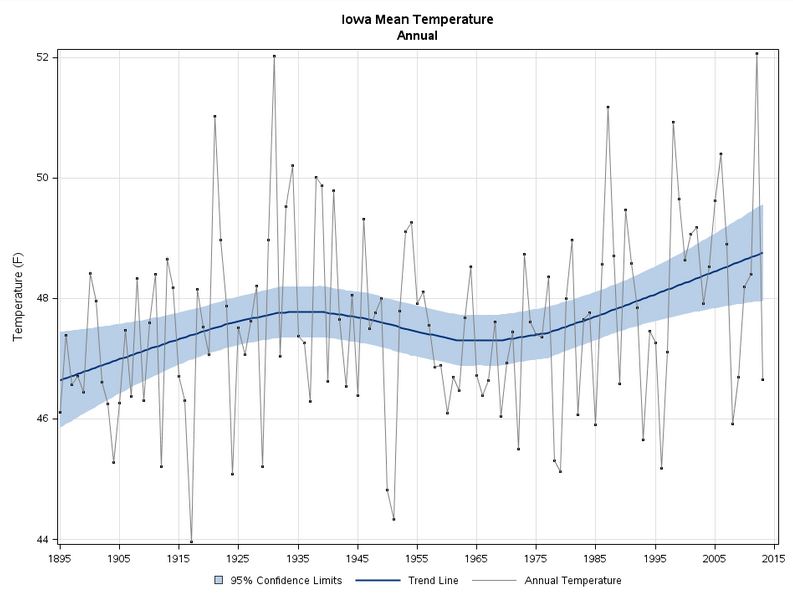 In this instance, Iowa’s mean annual temperature grew steadily from 1895 to the mid-1930s, when it began a gentle decline for a few decades before picking back up again starting around the mid-1960s. Visit http://www.ncdc.noaa.gov/temp-and-precip/state-temps/ to access your state’s data.

Here are the maps displayed one after another in a short 37-second video clip:

Tags:
Climate change
The Role of Veterinarians and Nutritionists as Consultants for Dairies
Are All Bets Off for Phase One Trade Deal with China?
Jerry Gulke: Letting Time Pass May Pay Dividends
Controlling Internal Parasites with Safeguard
Survey Highlights Farmers’ Concerns About Live Events