How to Avoid Hay Storage Losses 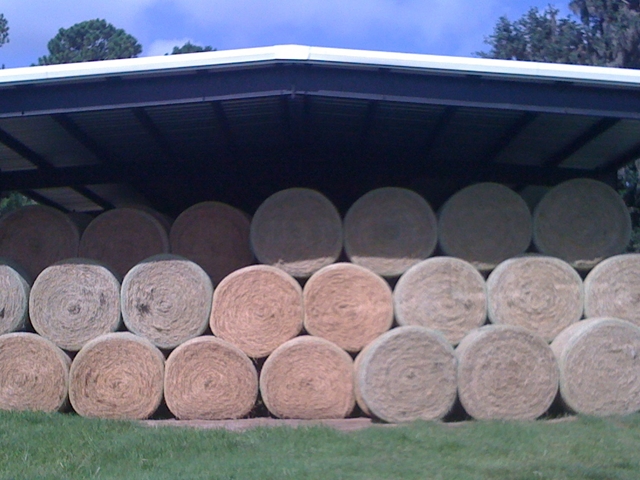 Producers who follow the proper techniques for hay storage will find their crops will retain more value and suffer fewer losses, said a beef cattle expert from the College of Food, Agricultural, and Environmental Sciences at The Ohio State University.

Considering that hay production is very costly, producers may want to take special care to store hay correctly to ensure it retains quality, said John Grimes, beef coordinator for Ohio State University Extension and a member of the OSU Extension Beef Team. OSU Extension is the outreach arm of the college.

“Hay is an expensive crop to harvest, and storage losses can be significant,” he said. “Much like corn and soybeans, hay is a valuable crop and should be treated as such.

“Hay is an asset, and with the current hay prices, you can’t afford to have losses. If you are losing hay at 10 to 20 percent, those are real dollars that you are losing.”

“At an average of about 2.5 tons per acre, this yielded a total production of 2.7 million tons of hay in 2011 used to support several types of ruminant animals, including beef, dairy, goats, horses and lambs,” he said.

“For example, hay loss is generally 4 to 7 percent when stored in a conventional shed, while hay stacked outside on the ground can see losses of 25 to 35 percent, according to a study by the University of Kentucky,” Grimes said. “In general, the more protection you can provide, the less hay loss you will experience.”

The ideal storage for hay is in bales placed on a rock foundation stored underneath a structure with a roof, he said.

“If you don’t have a protected storage, place hay on a layer of geotextile fabric cloth covered with rock to avoid bale-to-soil contact,” Grimes said. “Another option is to stack in a pyramid covered with a tarp or other protective covering for outside.”

When choosing a bale storage area, producers should consider ease of access to the bales during the next feeding periods for their livestock, he said.

“When you get into the baling season, you have to start to think about how you’re going to store the hay to make sure you have adequate feed for your livestock next winter,” Grimes said. “You may have plenty of feed now, but you may have a shortfall around the corner, and if you run short on hay, you will have to make up for it another way.”

Other tips he offers producers:

More information on proper hay storage can be found in a podcast posted by Grimes as part of OSU Extension’s May 6 Beef Cattle Letter at beef.osu.edu/beef/beef.html.