How to Upgrade in a Down Market 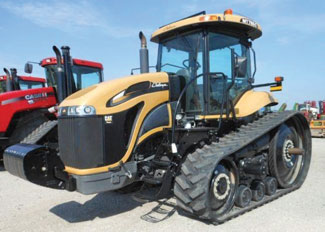 Opportunity might be knocking to add horsepower and technology

I’m a huge believer in the theory of opposites: When the pack is running one direction, go against the grain.

This past year, as values fell on large, late-model used farm equipment and lower commodity prices brought the bears out of hibernation, many crop farmers backed off on equipment purchases. While that’s a natural move, opportunity is knocking.

Machinery Pete auction data shows a 15% to 25% decline in values for large, late-model equipment from August through October 2014. Knock, knock.

After the sale, a young farmer came up to talk to me about his corn head purchase. He had been monitoring prices, knew they were dropping and seized the good buy. I was encouraged by the young farmer acting against the grain.

The current dip in values on large, late-model used equipment might make it feasible for you to upgrade horsepower, capacity or technology for your operation.