In the Cattle Markets: Corn and Feeder Cattle Price Relationship 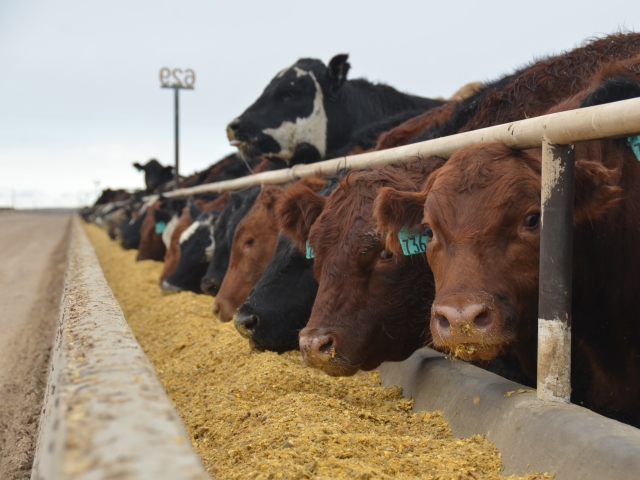 This model was a quick analysis to see if and how the industry is changing. More research needs to be done regarding the change in relationship between feeder cattle price and corn price.  A lot of current forecasting is done today assuming this inverse relationship betweencorn and feeder cattle price holds. Additionally, most price slides used assume that heavy weight feeders are less responsive to changes in corn price than light weight cattle. This analysis did not examine causes for the change in the relationship. That question can be addressed at a later date.

Futures ended Tuesday 75 cents to $2. 40 higher. USDA reported the average of last week's cash trade at $114.60, down $3 from the previous week. The October contract lost about

$3.50 last week, while cash prices weakened. Even with the upcoming Labor Day weekend, packers have been struggling to move beef. On Monday, wholesale beef prices dropped $1.06 (Choice) to $1.23 (Select) and packers moved only 118 loads of product amid the sharply lower prices Monday.

Corn prices have continued to decrease. The stronger dollar as well as the decline in wheat and soybean futures prices has continued to keep corn prices declining. The December contract fell to its lowest level since September 2009. Crop conditions are well above the 5- year average; however, some analysts have begun to lower their estimates on corn yield. 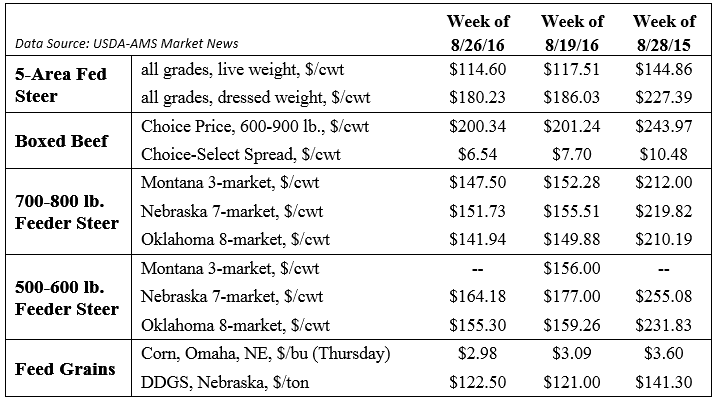