India Is About to Upend the Global Beef Trade 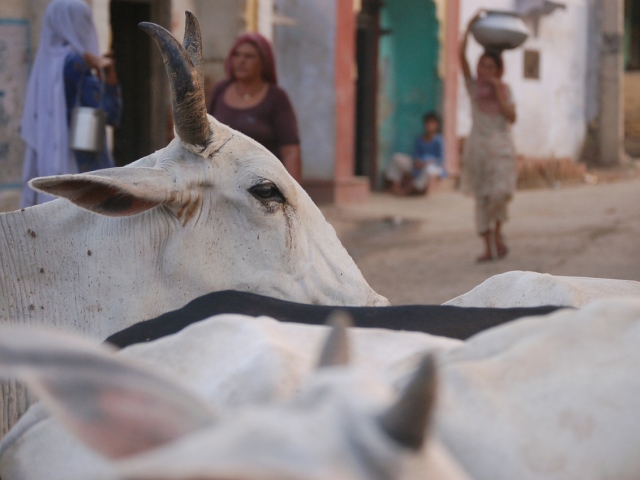 India’s paradoxical relationship with beef took a new turn last month, when the Ministry of Environment imposed a ban on the sale of cows and buffaloes for slaughter at animal markets.

Cow slaughter has been banned for decades in India because of the cow's traditional status as a respected creature in Hinduism, the largest religion in India. In some cases, penalties for slaughter can be equivalent to five times the price of the animal slaughtered, or as severe as life in prison.

Despite a huge meat trade in India, estimated at $4 billion annually, only boneless meat of buffalo, goat, sheep and birds are permitted for exports, whereas exports of beef (cow and calf) are prohibited. Some states have extended the ban to bulls and oxen because lawmakers say they should be protected and used for farming. But consecutive droughts have caused farmers strife and they want the ban lifted.

According to a 2016 U.S. Department of Agriculture report, since the late 2000s, India’s exports of beef -- in this case, water-buffalo meat, a cheaper, lower-quality meat -- have expanded rapidly, making the country the world’s largest beef exporter by 2014, accounting for 20 percent of trade in the commodity. This growth was predicated on the rising demand for relatively low-cost meat in developing nations, India’s large and mostly untapped water buffalo herd and the emergence of private-sector, export-oriented Indian processors effective in meeting export demand, which is predicted to grow for the next decade.

The ban will undoubtedly have major ramifications for India’s meat-processing trade, as 90 percent of buffalo purchased for slaughter comes from animal markets. It also will upset the global beef trade by choking off supply. Since India banned the slaughter of its cattle, meat prices have traded higher on concerns of reduced supply. With no resolution in sight, the trend seems likely to persist.

Meanwhile the battle of opinion rages on. Religious activists have become verbally and physically aggressive toward those in possession of cows. Two years ago, a mob killed a man over rumors that his family ate beef, while today, vigilante “cow protectors,” operating with impunity, kill people just for transporting cattle.

Many Indians say the ban has severely affected the lives of cattle farmers and could effectively kill India's thriving buffalo meat trade and eliminate millions of jobs. There are no buyers for older bulls, and farmers cannot afford recurring maintenance expenses. There are about 190 million cattle in India, and tens of millions go out of the system annually either to die or because they need to be slaughtered. There arises the issue of unwanted cattle crowding towns and cities, disrupting traffic and spreading disease.

The government argues that it’s not an outright beef ban, does not refer to any religious or sacred purposes of the Hindu religion, and is meant to protect agriculture. Legally this might be true, according to a Kerala high court, but in practice the lines are fuzzy. The laws governing cattle slaughter vary greatly from state to state. Although about 18 states have banned it entirely, others allow slaughter with restrictions depending on factors such as age, gender and continued economic viability.

Import demand for Indian beef is growing from nations that are substantially outpacing traditional markets for U.S. exports. The top five export destinations for Indian beef (2013-15) are Vietnam, Malaysia, Egypt, Thailand and Saudi Arabia, while China and Russia could potentially become major markets if trade hurdles could be surmounted.

While many state governments are planning a challenge in court, this will take time. Even Prime Minister Narendra Modi, viewed as pro-economic growth, ran on a platform that included banning cattle slaughter and imposing a national cow protection law.

In the long term, the ban will likely be reversed or relaxed. For one, not all of India is Hindu. Beef has been an important part of the diet and culture for Christians and Muslims as well as for millions of Indians, such as the Dalits and others of less socially dominant castes. Opponents believe the ban has elements of cultural imperialism, goes against the interests of minority groups, and is a brazen attack on India's secularism and constitutional values.

In addition, meat-eating habits of Indians have been changing rapidly in the last couple of decades. Chicken, once considered a "dirty bird," is now the most popular meat. Furthermore, as Indian agriculture adopts more mechanized approaches to farming, the use of oxen will be phased out. But for the immediate term expect supply pressures and global price increases.

This column does not necessarily reflect the opinion of the editorial board or Bloomberg LP and its owners.

Shelley Goldberg is an investment adviser and environmental sustainability consultant. She has worked as a commodities strategist for Brevan Howard Asset Management and Roubini Global Economics.